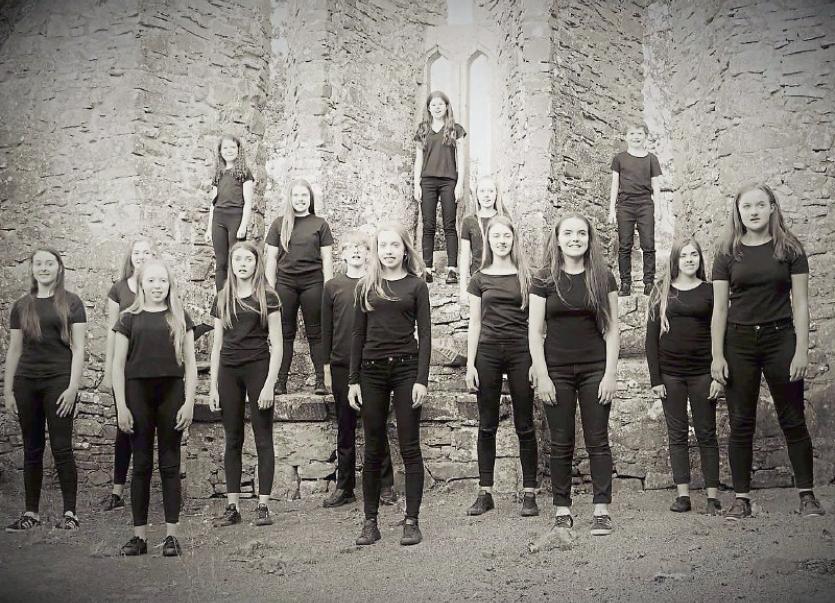 THEY dream big in Killeedy. And now, in a bid to follow one of their dreams, they are reaching out to their links with Broadway and bringing some of the glamour of Broadway to Limerick in what they promise will be a mighty night of entertainment at the University Concert Hall.

Already, 700 tickets for the show Married to Broadway on November 17 have been snapped up and the box office for the remaining 250 tickets opens this week.

Meantime, the tight-knit organising committee led by Declan O’Connor and supported by Jim Mulcahy, aka The Mayor of Killeedy is pushing out all the stops to ensure it will be an overwhelming success on every front. A major aim of the event is to raise funds for an ambitious plan of work being undertaken by Killeedy GAA.

It will also help raise funds for the trip to the US next year of the highly successful Broadford Youth Choir, run by Susan Browne. But it is also a showcase for Killeedy itself, a community that was knocked back badly, picked itself up and is now striding into the future with big ideas, big dreams and a big dose of confidence.

The Broadway connection that is causing the big stir in musical circles and which will ensure a full house at UCH on November 17 is very much a local, family one. Native Killeedy man and diplomat, Dr Jim O’Connor, who was secretary general to President Mary McAleese for several years, was serving as Consul General of Ireland in New York in 2005 when he invited his brother Declan to a charity event there featuring Ron Sharpe and Barbara Russell.

“They were the stars of Les Miserables on Broadway from 2000 to 2005,” Declan recalled this year. “They were incredible, something special.”

In 2009, Declan helped bring them to Adare Manor for a massive charity fund-raiser. Then, last February Ron called Declan O’Connor eager for a return trip to Limerick.

“I said yes but this time, it is for my community,” Declan explained.

The duo, now with several offspring also in the business, agreed.

“They are doing all the big hits from the musicals,” Declan explained. But the show will also feature the Broadford Youth Choir, as well as the Edmondstown Golf Choir and the Killeedy Comhaltas Group.

It will be magic, Declan O’Connor is convinced. And already, they have significant sponsors convinced of the truth of this.

For Killeedy GAA, it will be the icing on the cake that has seen big developments to their facilities over the past three years.

In co-operation with the camogie club, a new playing wall has been built and the first phase in developing a flood-lit walking path around one of its playing pitches is underway. The idea, Declan O’Connor explains, is to have facilities in place for everybody in the community.

The walking path, they are confident will be used by people of different ages within the parish and in phase 2, they plan to extend it to 1k, to take in their second pitch and ultimately to link up with the ponds and nature reserve being developed in the community. Their five year plan also includes a gym and a playground.

Their goal is to have everything in place and paid for by the end of their five-year-plan and the UCH concert will provide a stepping stone for that.

Killeedy is hugely proud of the fact that it championed the All-Ireland Junior B Hurling Series, Jim Mulcahy explains. In fact it developed its facilities in order to be be able to host it.

Now, every year for the past 14 years, with the backing of Croke Park, Killeedy has hosted the county winners in the series from November to February and laid on the traditional Killeedy welcome for all participants.

That warm welcome, coupled with Broadford’s ever-friendly welcome, will be there in barrow-loads on Saturday, November 17. Tickets cost €40.