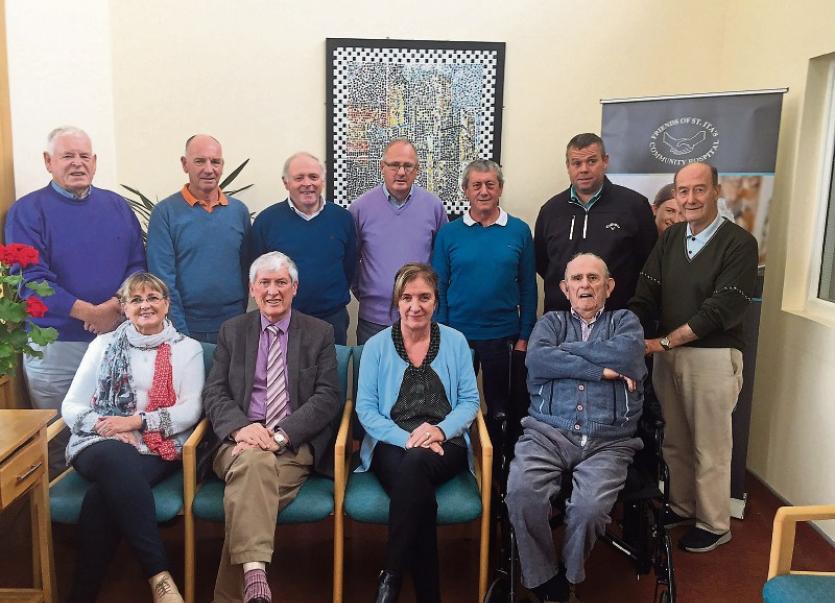 A win-win for Friends of St Ita’s

TWO teams of golfers have won themselves the right to keep the dream alive and the hope of a spot in the JP McManus Pro-Am in Adare in 2020,  and all while being part of a wider effort to raise funds for St Ita’s Hospital in Newcastle West.

The two teams emerged victorious in the Friends of St Ita’s golf classic held last month. Both teams will now go forward to the Pro-Am qualifier which will take place in May 2020. And the hope is that either or both teams will make the cut there and get to play with some of the world’s top golfing legends in the Pro-Am tournament itself in July 2020.

But simply by taking part in the qualifier, it will be a win-win for Friends of St Ita’s, the organisation’s chairman Fergus Scanlan explained. “By taking part, our  projects will be in the frame to be considered for some of the money raised through the Pro-Am,” he pointed out, adding that they got €1.5m for different projects from the last two Pro-Ams. At the very least, they will get to keep the €12,500 per team raised, he added.

It is all, according to Mr Scanlan, money that will be used for their latest project: to help upgrade the 65 long-stay beds at St Ita’s, in line with new HIQA standards and regulations.

“Currently the first phase of this plan is  well underway and the provision of a new 20-bedded unit  is now at design stage,” Mr Scanlan explained. “The second phase of the upgrade will see  another 16/18 beds added.”

Mr Scanlan was effusive in thanking all those who had made the golf classic such an outstanding success, raising almost  €35,000.

“It was only made possible through the enormous support and outstanding generosity of the people of West Limerick and beyond,” he said. “Indeed, it is that steadfast support and unwavering loyalty down through the years which has been the hallmark of our success underpinning our many major achievements to date.”

He paid particular thanks to their  main sponsor, ‘Doyle Shipping Group, to the business and corporate sector for sponsoring teams, other sponsors and those who donated in any way, including those who had donated their time and effort.