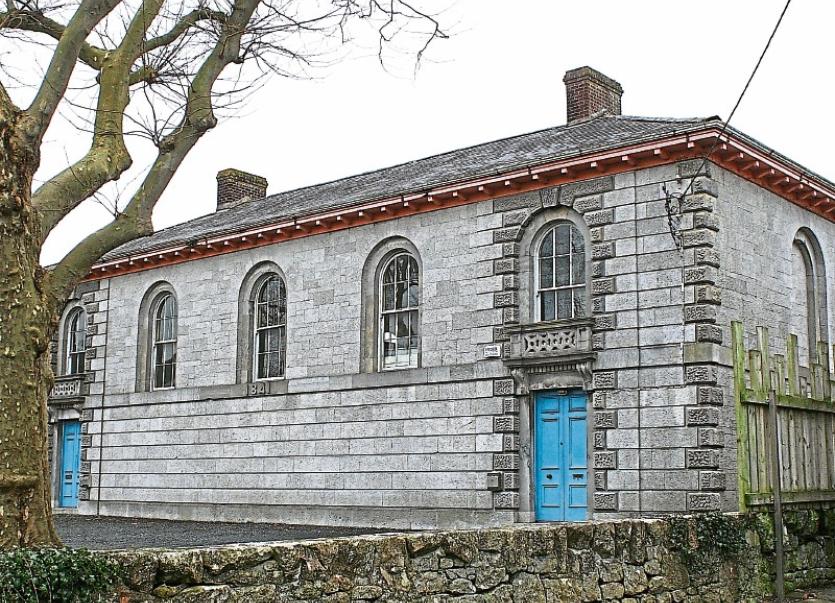 The inquests were held in Newcastle West court house

“I appreciate for families, it is an extremely difficult occasion to be here and hear evidence regarding the death of a loved one in tragic circumstances,” he said.

With eight inquests to conduct, he returned verdicts of suicide in four separate inquests.

In each case, he gently explained the legal requirements he had to meet and also cautioned family members that, while it was their right to obtain and read the full post-mortem reports, it was an extremely difficult and often upsetting thing for them to do.

Separately a jury was required for the death of a man who died following a road traffic accident outside his home on November 12, 2016.

Garda Jerry Griffin gave evidence of attending the scene where he and another garda removed the man from his car and attempted CPR. He also spoke to the driver of the other car involved.

Fire brigade and ambulance services arrived and a paramedic took over the CPR but were unable to resuscitate the man who was pronounced dead at the scene.

Garda Griffin also collected various statements and made house to house enquiries and a full inspection of the dead man's vehicle was carried out.

The forensic investigator concluded that the deceased had reversed on to the road and the other driver collided with him.

“He  may not have seen the car coming from Athea,” the coroner’s court heard.

“It seems to have been unavoidable,” the coroner said. “The car came along and couldn’t take evasive action.”

He returned a verdict of accidental death in line with the medical evidence given.

In another inquest, involving another man from west Limerick, a verdict of death by misadventure was returned.

The man was discovered on Sunday morning June 17 of this year, lying on his back in the hallway of his rented home.

When the doctor arrived there was no sign of life and his death was confirmed by a doctor.

A post mortem revealed the man, in his 40s, had died of asphyxiation.

“He may have vomited and essentially choked,” the coroner explained.

Death by misadventure was also the verdict recorded at the inquest into a man found dead on October 22 last year.

The 36-year-old was found lying in his bedroom, barely breathing. He suffered from cystic fibrosis and had a heroin addiction, the court heard. Adrenalin was administered and his stomach was pumped but prolonged resuscitation failed to revive him.

The post-mortem found medical drugs as well as methadone and a toxic level of morphine in the man's system which was compromised by CF.

Mr McNamara concluded “he didn’t intend this to happen”.

The coroner also inquired into the death of a 75-year-old man who went out walking after his dinner on February 23 of this year.

When he hadn’t returned by 6pm, his sister raised the alarm and about 10pm that night, the man was found lying in a dyke.

He had passed away, the court was told. The man  suffered from mild dementia, the court heard, and had gone missing before. The pathologist who carried out the post mortem, Dr Gabor Laskai said two factors could have contributed to his death: his undiagnosed heart condition and hypothermia.

“It is hard to say which exactly it was,” he said.

“I am leaning towards natural causes,” Mr McNamara, the coroner, said. “On balance it may have been a heart attack rather than hypothermia.”

He recorded a death through natural causes.

An open verdict was returned on the death of a woman who was found dead in her home on June 29 last year. When gardai went to the house, her front door was unlocked.

The court heard that a neighbour had called on a couple of occasions to the house that month. In her statement the neighbour said she was shocked at the woman’s appearance as she was “skin and bone”.

On another occasion, she dropped back a dinner but it was untouched and she had to take it away again.

A postmortem carried out by Dr Jane Bolster was unable to give a precise cause of death.  There were no untoward or suspicious circumstances, Mr McNamara said.

“She may have had a heart attack,” he added. “I extend my sincerest condolences to the family of the bereaved,” Mr McNamara added at the conclusion, as he did in all the inquests. Inspector Alan Cullen also expressed condolences in all cases on behalf of the gardai.