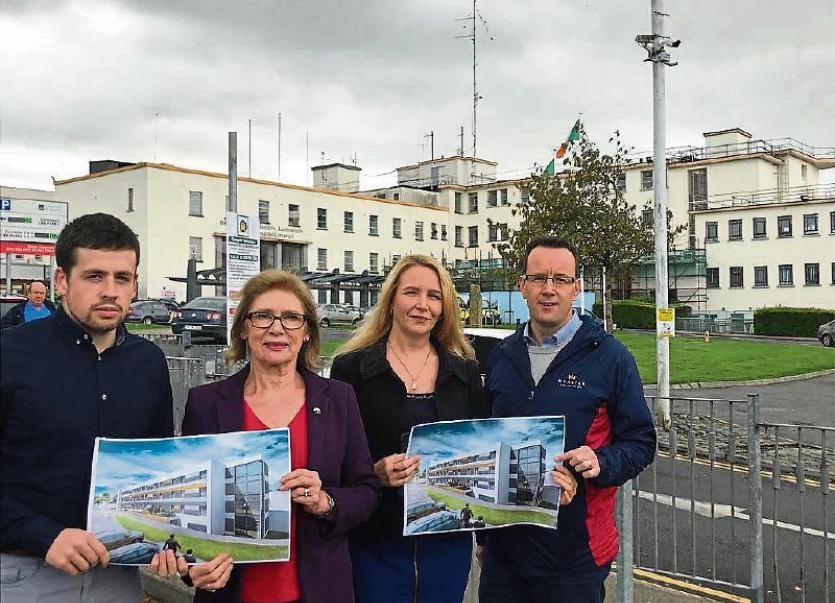 THE LABOUR party in the Mid-West is calling for the hasty development of the 60-bed modular complex at University Hospital Limerick and for the HSE to fund additional infrastructure and recruit staff.

Last Tuesday, An Bord Pleanala informed the HSE and the UL Hospitals Group that a resident had officially withdrawn an objection to the vital development, which will be crucial in dealing with its overcrowding problem.

Fine Gael senator Kieran O’Donnell said that he received a “personal commitment” from Minister for Health Simon Harris that funding would be made available following this month’s Budget.

Former ministers Jan O’Sullivan and Alan Kelly welcomed this announcement, but said “it will have to be more than money for the bricks and mortar” of the €19.4m project.

Deputy O’Sullivan told the Leader: “With UL hospital consistently on top of the list for the number of people on trolleys waiting for beds, we cannot allow this intolerable situation to continue a day longer than necessary.”

She is also calling for an additional car parking spaces to be made available at UHL. “This has led to the spill-over into neighbouring estates that is causing genuine problems for residents.”

Deputy Kelly said that Labour is “demanding this block be funded and built ASAP” and that the proposed 96-bed unit be brought forward.

On Wednesday, the UL Hospitals Group said: “UL Hospitals Group welcomes that the planning appeal has been withdrawn and looks forward to permission being granted for the proposed extension to the existing hospital to provide a new 60 bed ward block [at UHL].

“At the moment we are not in a position to advise when development works might start. ULHospitals have submitted this proposal as a bed capacity initiative and are hopeful that additional capital funding can be allocated by the Department of Health to fund the proposal.”