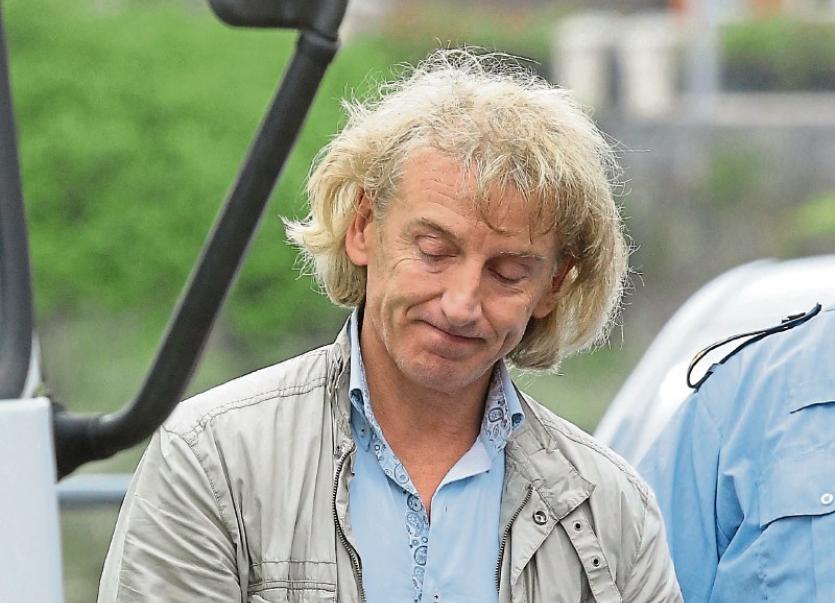 Patrick Scanlon was convicted of importing drugs in May 2014

A CONVICTED drug dealer, who imported €80,000 worth of cannabis from Spain to County Limerick, will have to wait two weeks before a judge makes a decision on an application for his early release.

Mr Quinn was arrested and released without charge. Scanlon was arrested, was charged and appeared before Limerick Circuit Court where he was convicted of importing the drugs in May 2014 following an eight-day trial.

Four kilos of cannabis was dropped at Malaga Airport on August 6 and arrived at Shannon Airport the following morning, having passed through DHL depots in Spain, Belgium and England. The drugs were intercepted by Customs officers and were delivered to Mr Quinn’s home by a drugs unit detective posing as a DHL courier.

Scanlon was originally sentenced to 15 years, but this was reduced to 11 years by the Court of Appeal, which directed a review take place halfway through the prison term.

Scanlon was imprisoned at Loughan House, but was later transferred to Portlaoise Prison.

The review for Scanlon’s early release commenced on September 23, 2017.

At a hearing on July 30, Mr Quinn entered the witness box and described the “devastation” that was caused by the defendant’s criminal activity. He later told this newspaper that there was a stigma attached to him and his family as a result.  “People who once called for a cup of tea, no longer called. It was like we were banished. No one would go near us,” he said after delivering a victim impact statement to Judge James O’Donoghue.

Andrew Sexton SC, defending, told Judge O’Donoghue at Limerick Circuit Court this Monday that he was urging for Scanlon’s early release that day.

At the July 30 hearing, the judge requested a urinary analysis, a probation report and a report from the governor of Portlaoise Prison. Results of the analysis showed all assessments for drugs were negative. Mr Sexton said the probation officer’s report was “positive”.

At the July 30 hearing, Det Gda David Baynham, of Henry Street garda station, said there was “concern” expressed over Scanlon’s behaviour at Loughan House in Cavan when he was ordered to desist from “building a wall and cutting a fence” by the governor.

Appealing for his client’s early release, Mr Sexton said the Court of Appeal had “earmarked” the defendant’s suitability for a review.

“The purpose of the legislation is very important. It’s not for everybody; it’s only for someone who is deemed suitable for it. It’s not a free-for-all review,” he told the court this Monday afternoon.

Mr Sexton added that a front page article in the Limerick Leader on August 2 “rose to [Mr Quinn’s] credit” in relation to his victim impact statement, and that the publicity “helped from a community point of view”.

He said that Scanlon indicated that “if needs be, he will apologise once more”.

However, the judge responded: “I think they didn’t want to hear anymore.”

Lily Buckley BL, prosecuting, said there remained “residual concerns” about Scanlon’s early release. She stated that Scanlon has a history of addiction and that his brother Daniel - with whom Patrick Scanlon will be residing in the event of an early release - is before the courts charged with a criminal offence.

Judge O’Donoghue requested clarification on Daniel Scanlon’s matter, but Ms Buckley said that may not be possible for another four to five months.

Before adjourning the matter to October 15 for finalisation, Judge O’Donoghue suggested a suspended sentence for six years. He said there was a “fair deal to consider” and requested a report from the governor of Loughan House.