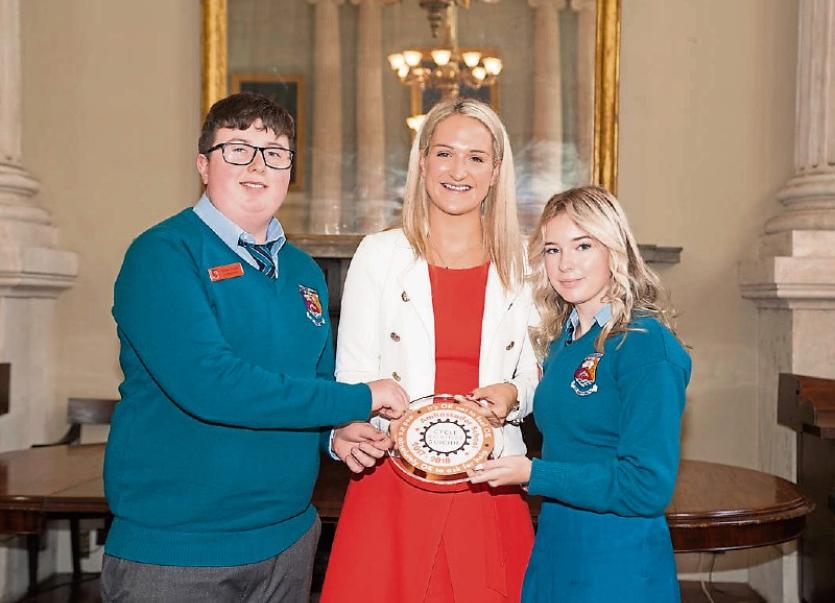 CASTLETROY College in Limerick has been awarded the prestigious status of ambassador school by the Cycle Against Suicide charity.

The ceremony was held recently in King’s Inns, Dublin.

These awards recognised the immense efforts of 99 schools around the island of Ireland who have completed the ambassador schools’ programme, and became actively involved in mental health promotion.

The focus is to raise awareness of the message that, “It’s OK not to feel OK and it’s absolutely OK to ask for help”.

Castletroy College was represented at the event by link teachers, Martina Murphy and Geraldine English and students Conor Bourke, O’Brien’s Bridge and Leah Sheehan, Annacotty, who understandably are very proud of their achievements.

Ms Murphy said the ambassador schools’ awards ceremony was a great day and spoke of  the positive effects of their involvement.

“It’s wonderful to attend such a positive event, and have the efforts of the students recognised. Our participation in the programme has had an enormously positive impact on our school community, fostered a school-wide approach to the promotion of positive mental health, and provided incredible opportunities for student leadership,” said Ms Murphy.