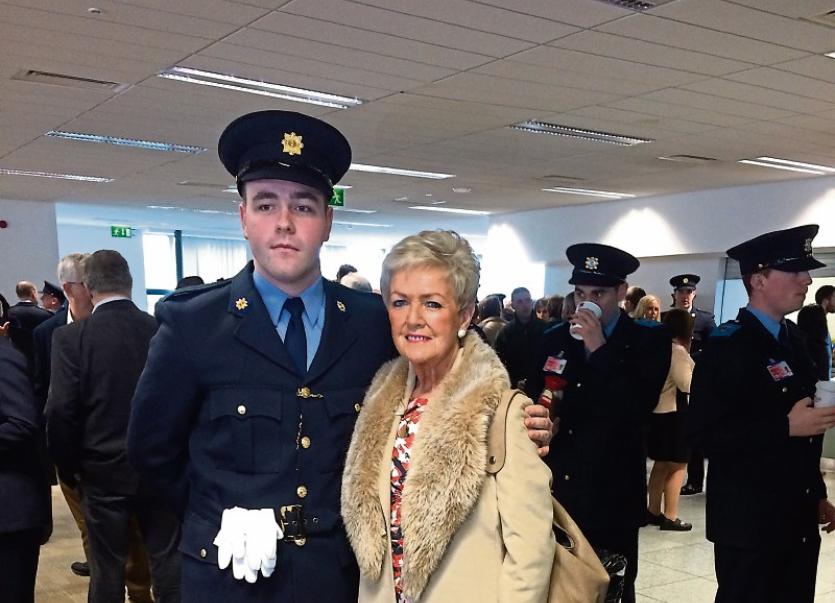 A NEW TG4 documentary series will tell the story of the tragic day in Adare in 1996 when Detective Jerry McCabe was killed by the IRA, from the point-of-view of his widow Ann McCabe.

Inspired by Netflix-style documentaries, Finné is a brand-new homegrown TG4 series, featuring the human side of big Irish stories that have made the headlines over the past 50 years.

In this week’s episode, airing this Wednesday evening, Ms McCabe will recall her heartbreak after her husband Detective McCabe was killed while serving the State.

In her ‘searing testimony’, Ms McCabe will recall how she was fully sure that his killers would be given life sentences, and her shock when they were convicted for manslaughter rather than murder.

Ms McCabe will also reflect on how she took a stand for the memory of her deceased husband when ‘whispers’ started circulating that his killers would be released under an early release programme under the Good Friday Agreement.

Speaking in the programme, Ms McCabe says she misses her husband every day.

“When you lose the love of your life the way I lost Jerry, it makes you a totally different person. You never get over losing them,” she says.

“We were a very private family, just a normal family, but we were thrown into the very deep end of the politics.”

“And, sadly, Jerry was part of it even though he shouldn’t have been. Jerry was just doing his job,” Ms McCabe says.

“I still cry quite a bit. I attended a psychiatrist for eight years afterwards.”

Filmed over 12 months by Galway’s Magamedia and presented by RTE’s courts correspondent, Orla O’Donnell, Finné revisits ‘gross miscarriages of justice’ that have taken place in Ireland in the recent past.

“It is only through searing personal testimony that we gain real insight into the human story behind the official accounts of these life-changing events,” Paddy Hayes, one of the series’ producers and directors.

“Finné allows each individual the time and the freedom to tell their raw and powerful stories in their own words.”

The Story of Ann McCabe will air on TG4 this Wednesday, October 3 at 9.30pm.