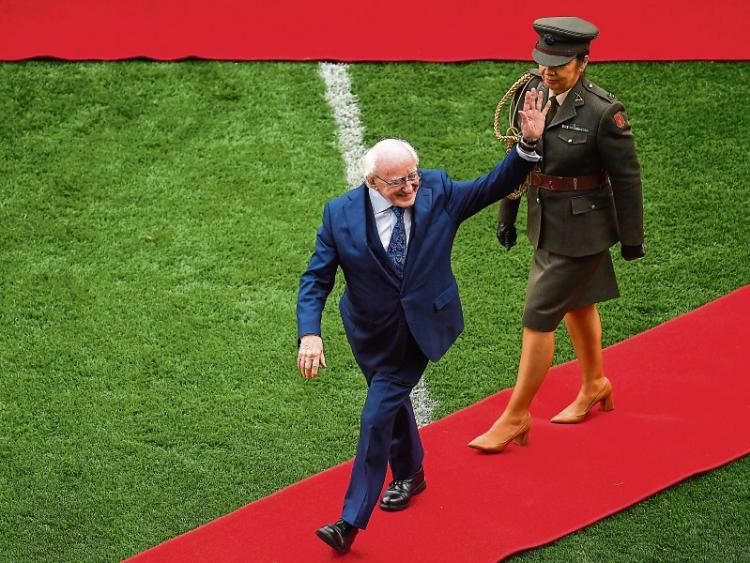 THE PRESIDENT of Ireland Michael D Higgins will visit Limerick city this Friday to deliver a keynote speech at the launch of a new strategy to boost migrants’ place in local life.

The Limerick Integration Working Group, which has been operating in the city and county for around 10 years, will launch its third integration plan at Thomond Park this Friday morning.

The aim of the three-year strategy is to strengthen migrants’ sense of belonging in Limerick, with an emphasis on language, education, access to public services, intercultural awareness, direct support services, and active citizenship.

The working group is supported by Limerick City and County Council, the Jesuit Refugee Service and Doras Luimni, whose patron is President Higgins.

President Higgins’ significant public appearance will be among the first since he officially threw his hat in the ring for the presidential election on October 26, when he will face Sinn Fein MEP Liadh Ni Riada, Sen Joan Freeman, and businessmen and reality TV figures, Sean Gallagher, Gavan Duffy and Peter Casey.

Doras Luimni CEO Leonie Kerins said that the president has “long been an outspoken champion for people from migrant and minority backgrounds living in Ireland”.

The group’s chairperson Eugene Quinn, who is also director of the Jesuit Refugee Service Ireland, said the aim of the new strategy is to “ensure that the voice and experience of migrants who have made Limerick their home is at its heart.

The event, which kicks off at 10.30am at the stadium, will be launched by Mayor of Limerick James Collins.