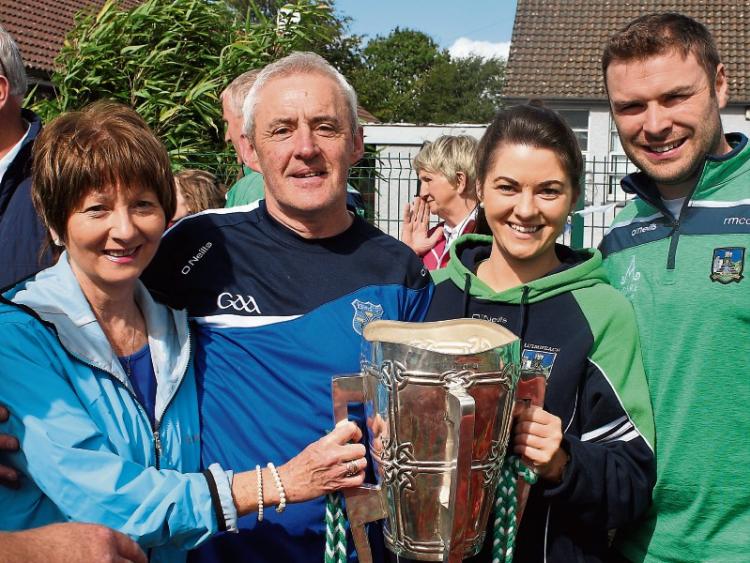 CHAIRMAN of Bruree GAA Club Jimmy Feane said they would have to go back to the days of visits by former Taoiseach and President, Eamon de Valera to see the crowds that were in the village on Sunday.

A quarter of the panel and manager, John Kiely, brought the Liam MacCarthy to the home of such former Limerick legends as Stephen McDonogh and 1973 All-Ireland winner, Jim O’Brien. Jim’s son James was the Limerick captain in 2007 when they reached the final.

As the club celebrates its 125th anniversary in 2018, Jimmy said it was a day of “celebration and nostalgia in equal measure”.

“It is the culmination of years of hard work and dedication by four organisations who worked in partnership to deliver these first class facilities - Rockhill / Bruree sportsfield committee, Rockhill / Bruree community preschool, Bruree GAA and Rockhill Rovers Soccer Club.

“We would probably have to go back to the days of visits by the late Eamon DeValera to witness crowds like we had on Sunday,” said Jimmy, who put the number in attendance well into the hundreds.

“The parade of school children holding the Liam MacCarthy Cup and lead by the Limerick Pipe Band was a magical moment and a sight to behold.

“We are so grateful to John Kiely and the players who were so generous with their time, so good humoured and engaging throughout their lengthy visit. They really are a credit to Limerick and can be as proud of their performance off the field of play as on it,” said Jimmy.

The chairman of Bruree GAA Club said the visit of the cup to the nearby, Beech Lodge Care Facility and the Edel Quinn Home are “outstanding highlights from a day that will live long in the memory”.

“We were delighted that Fr Des McAuliffe, our former parish priest, was on hand to bless the new complex and perform the official opening,” said Jimmy.

Josephine Lynch unveiled a plaque in memory of all those who worked so hard over the years to develop the sportsfield and all the facilities now in place.

It was yet another touching and thoughtful gesture in a day that will live long in the memory of all in the south Limerick village.

See page 44 of L2 for more pictures from the homecoming