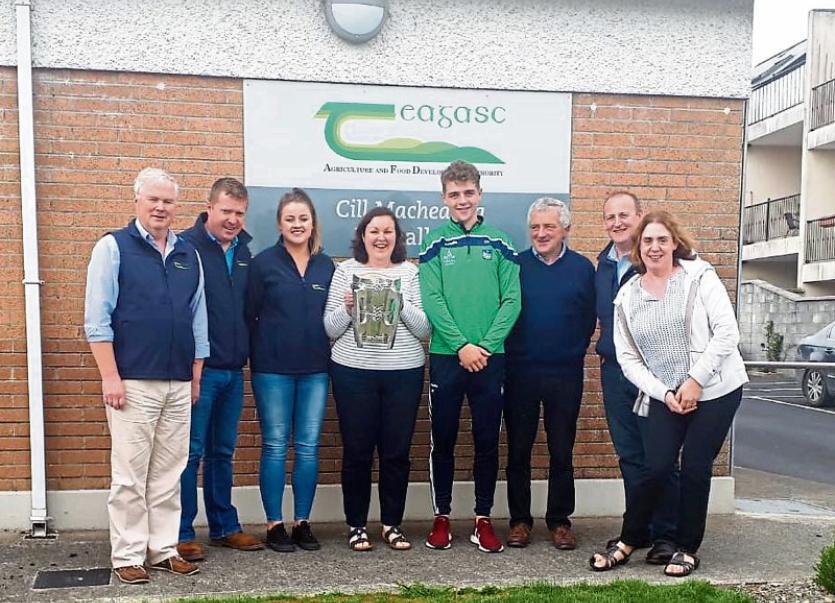 Limerick hurler David Reidy, from nearby Dromin- Athlacca, brought the Cup. The 45-year-old hurling famine may be over but the fodder crisis continues.

However, Limerick winning the All- Ireland has been a great boost to the whole county and farmers, who have had a year to forget. And a worrying winter ahead.

David comes from a strong farming background. His parents John and Sheila are currently dairy farming and he and his brother Michael help out as much as they can.

Michael is also a gifted hurler and is a regular on the Dromin-Athlacca team.

Dairy farmers such as Mike O’Brien, Glenroe, and Stephen McDonogh, Bruree, starred on previous Limerick teams and there is a strong link between the sport and farming.

David said farming can be a great release from the intensity of inter-county hurling.

“You can go for a walk down the fields and check cattle or something and get way from it all for a while,” said David, who scored a cracking point from the sideline against Cork in extra-time of the All-Ireland semi-final.

It was the last point of the game.

David and Michael are both primary school teachers and are currently completing the Green Cert through distance education with Paddy Murphy, the Teagasc education officer based in the Kilmallock office.

David is currently teaching in Rathcoffey, Co Kildare, but there’s no doubt his heart is in County Limerick.

“In the coming years I’d look at coming home to Limerick to make life easier with hurling and also get more involved with the family farm,” said David.

Currently it’s back to work after a memorable summer for the wing-forward. David is set to become very familiar with the M7 again as he juggles teaching with hurling and farming.

All the Teagasc staff wish to thank David and his dad John for bringing the Liam MacCarthy Cup to the Kilmallock office and they hope to see David back with it again in the coming years.