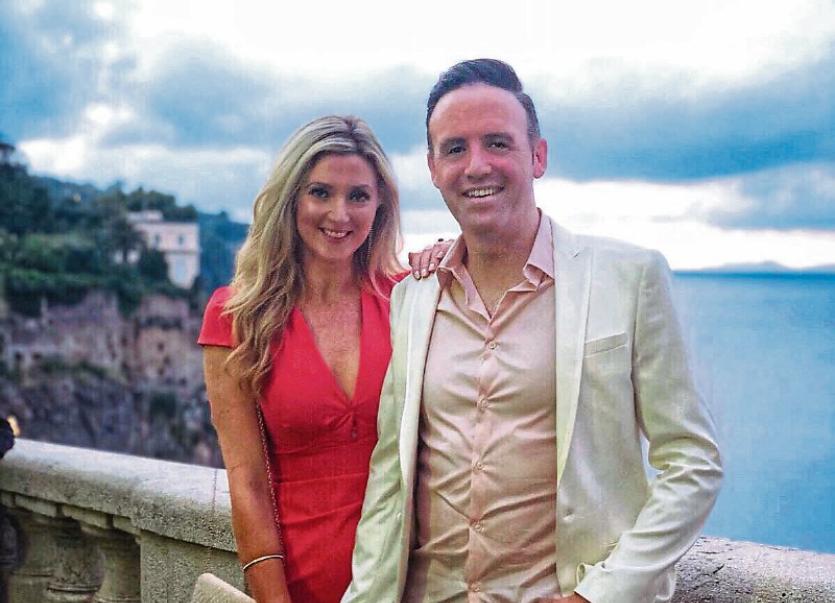 The Rathkeale-based TD has been going out with Ms Dixon, who plays Kerri-Ann on the RTÉ soap, for nearly two years.

The pair got engaged while on holiday in Italy.

“So happy and bowled over that Jenny said yes to marrying me. Thank you sincerely to all for your well wishes,” said Mr Neville.

In a post to Facebook, Ms Dixon said: An unbelievably magical day! Crying and smiling! My soulmate and best friend and I can’t wait to be your wife.”

Taoiseach Leo Varadkar and Minister for Health Simon Harris have been among those congratulating the pair since the announcement this Wednesday afternoon.

They met at the Richard Harris International Film Festival in Limerick in 2016. Jenny had been there to present the inaugural Style Award.

With a shared interest in acting, the pair hit it off immediately.

Tom, a Fine Gael TD since the 2016 general election, is a trained actor and has featured in a number of productions.

He was shortlisted for a monologue award for his 2015 rendition of the Trainspotting ‘Choose Life’ monologue, in which he depicted Mark Renton, originally played by Ewan McGregor in the film.

Mr Neville, who served on Limerick Council before his election to the Dáil, also previously won an award for a monologue from the film Contact.