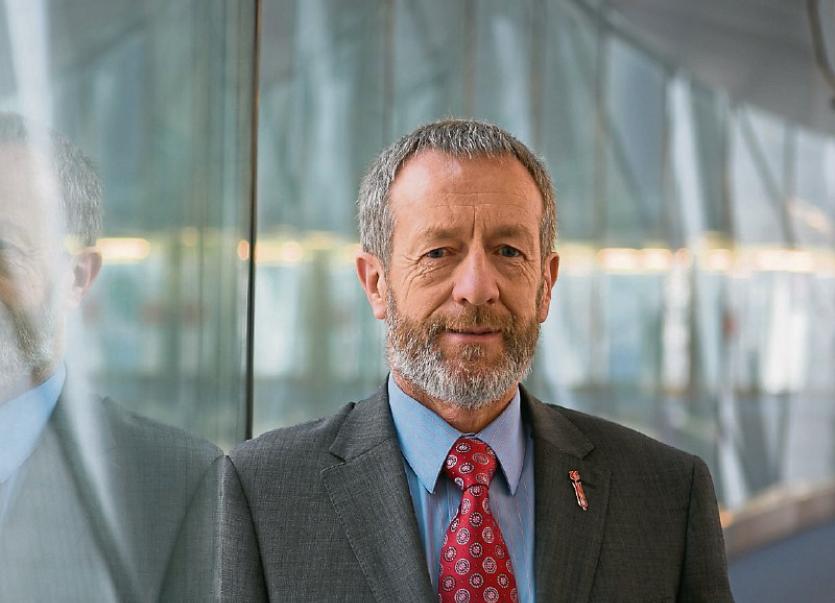 THE proposal to develop a liquid natural gas plant along the Shannon estuary took a giant leap forward this week when US-based New Fortress Energy struck a deal with the Irish company behind the scheme.

The agreement between New Fortress Energy and Shannon LNG  has been welcomed by the Taoiseach, Leo Varadkar and by Energy Minister, Denis Naughten,  and opens the way to develop the €500m  project and its promise of jobs at the 260 acre site between Tarbert and Ballylongford.

Developing the Shannon LNG project is expected to create up to 400 jobs during construction  and 100 jobs when operational.

“This project is critical for Ireland’s energy security and will benefit the environment and the economy,” he added.

“The development will provide a significant boost to the Shannon region and provide a foundation for further investment in the region,” the Taoiseach said.

Fine Gael MEP Sean Kelly, who has taken a particular interest in the project over several years, believes it will ensure greater energy security for Ireland, particularly post-Brexit.

Mr Kelly campaigned for the project to be included as a European Project of  Common Interest which means it could attract funding from the Ireland Strategic Investment Fund and the European Investment Bank.

“I am delighted that the project has a serious backer that will hopefully quickly bring it to fruition. This is a project that makes a lot of sense for Ireland, and for the EU. It is now considered a key element of the EU’s Energy Security Strategy,” Mr Kelly said. “An LNG terminal on the west coast of Ireland fits in well with the current EU policy of changing electricity generation to gas-fired plants from the present coal and peat-burning plants.”

John Fox, spokesman for the Tarbert Development Association which has consistently backed the project said, “The people of Tarbert and Ballylongford are delighted to see forward movement on this project.”

However, he added, here was a certain understandable hesitancy, given the history of the project.

“This is a chance to really get on with the business,” Mr Fox said. All the planning permissions and permits are in place, he pointed out, and all the concerns have been  “more than adequately ventilated”. This time too, he stressed, all the issues with the energy regulator have been ironed out.

New Fortress Energy plans to have Shannon LNG up and running in late  2020 but Mr Fox thinks that might be a bit over optimistic, given the scale of the project.

“We would like to see machinery moving on to the site early next year,” he continued. “We would hope to see site preparations commence early next year. There is no good reason why they shouldn’t.”

Planning permission for the  LNG plant on a 260-acre site at the publicly-owned 630-acre landbank between Tarbert and Ballylongford, was extended earlier this year despite opposition from environmental groups.

It will involve a deep water jetty, storage facilities for liquefied natural gas (LNG) and will also be connected into the national gas network.

The Shannon LNG project has been over a decade in the making. The proposal was first announced in 2006 when  US multinational Hess was backing the project and obtained the various permissions and licences. But the project was held up, mainly because Hess objected to paying an annual tariff  towards the maintenance of the Ireland/Britain gas interconnector, on the grounds that it did not intend to use it.

The project was then further delayed over the rate of tariff set by the Energy Regulator. Three years ago, Hess pulled out of the project, and Shannon LNG was bought by Sambolo Resources, a private Irish company controlled by Paddy Power and John Power, in November 2015.

New Fortress Energy is a US-based energy infrastructure company whose stated mission is to accelerate the world’s transition to clean and renewable energy.

It has natural gas projects and infrastructure across North America and the Caribbean.

It is not yet clear whether the new backers will develop phase two of the project,  a 500MW combined heat and power plant for which planning has been obtained.

Environmental groups have opposed the LNG plant pointing out that the site is an EU Special Protected Area for waterbirds and whales, dolphins and porpoises. It would involve importing fracked gas, they say, when Ireland has banned fracking and would lock in the use of fossil fuel.