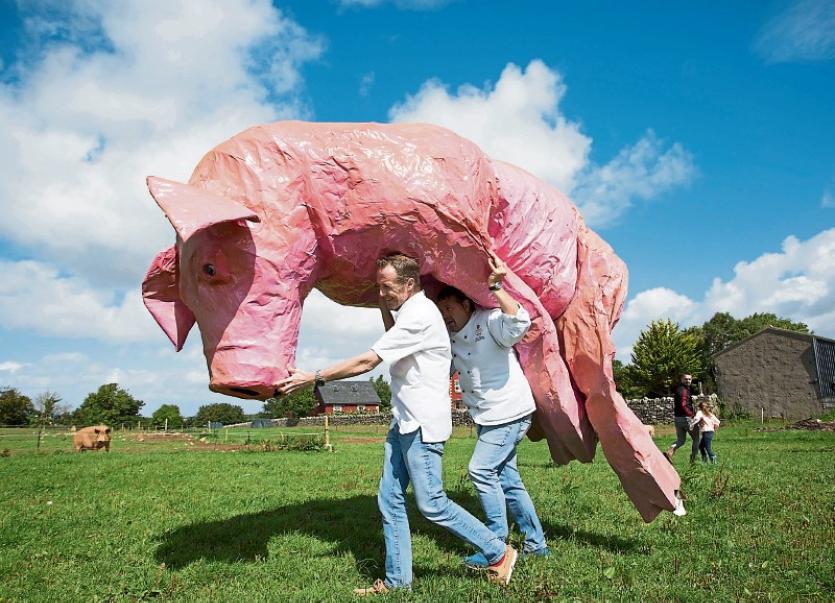 The month-long festival celebrates Limerick’s historic bacon industry with fun-filled events and also filling the pork-bellies of the people of Limerick with delicious meals.

Both the heritage tour and cookery demos are weekly events that take place every weekend of September.

The first major event to look out for this month is The Little Piggy Went to Town where foodies can chow down a course from each of Limerick’s four finest restaurants: The River at the Strand, Azur, The Savoy Hotel, and Sash Restaurant.

On Friday, September 21, there’s no need to adjust your eyes for the giant pig parade marching in the city centre, a fun event, perfect for closing a long week of work and school.

The Pigtown festival will conclude on Sunday, September 30 with its highly-anticipated Pigtown Family Pignic at No1 Pery Square that is sure to leave us all “ar mhuin na muice.”

Proceeds from the ‘Pignic’ will go to the ‘95 Stop Tour for Limerick kids’ who raise funds for Cliona’s Foundation, CARI Limerick and Children’s Ark and Neonatal Unit.

Other events throughout the month include Bottom Dog Theatre celebrating its tenth anniversary, ‘Swine and Wine’ at the Limerick Strand Hotel, Down on the Farm, tasting menu at LIT, Dinner at the Mustard Seed and many more.

The Pigtown Talks is another ongoing event where local historians and guests host insightful presentations and panel discussions about Limerick’s food heritage and look back at Limerick's famous bacon factories.