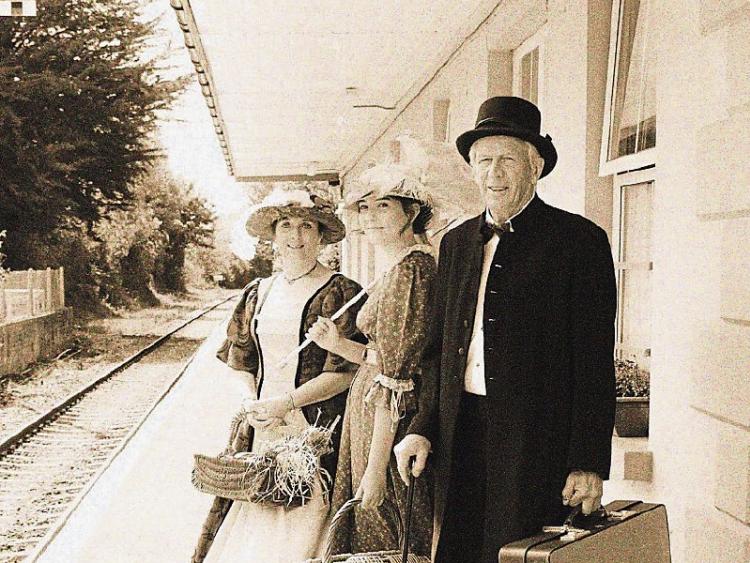 A photo of what passengers may have looked like 160 years ago: Megan and Margaret Freeney with Leslie Hartigan Picture: Tara Hartigan

ONE HUNDRED and sixty years ago the railway between Killonan Junction and Castleconnell was opened on August 28, 1858.

To mark this historic event, Iarnród Éireann in conjunction with Castleconnell Tidy Towns and Love Castleconnell will be hosting a family fun evening at Castleconnell station on August 28. There will be special train journey, family entertainment and local railway historian, Joe Coleman will give details of the railway’s rich history.

John Hardiman, chair of Castleconnell Tidy Towns, said: “What started as a Tidy Towns project to improve the appearance of the railway station has turned into a broader community effort to celebrate its 160 years.”

Nicky McNamara, of Love Castleconnell, said in days gone by, there were two ways of travelling from Castleconnell to Limerick city.

“A horse-drawn coach which left regularly from the village centre, and the steam train, which took passengers into Colbert station. Although the horse-drawn coach is long gone, the train continues to operate and is used daily by commuters and students, and of course by those who simply want a day out in Limerick.

“There is great history and heritage attached to Castleconnell Railway Station and we are proud to be celebrating its 160 years,” said Nicky.

A special train will leave Colbert Station at 5pm on Tuesday, August 28. It will call at Castleconnell and depart there for Birdhill at 5.30pm. It will return to Castleconnell for speeches and will depart again for Colbert station at 7.55pm. All welcome.