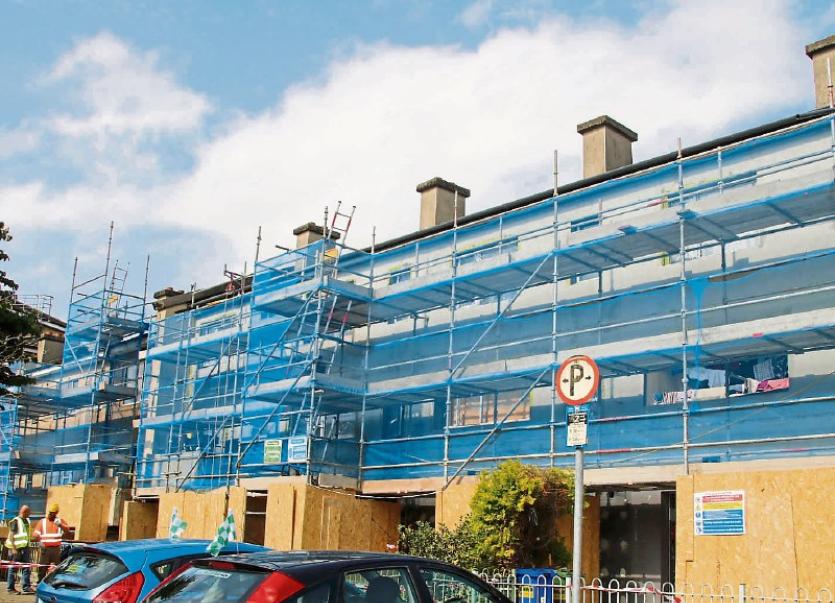 Warning: Scaffolding at the Watergate flats in the city Picture: Michael Cowhey

RESIDENTS at the Watergate flats near the Milk Market have called on Limerick council to provide round the clock security as refurbishment works continue.

In a letter to the local authority – seen by the Limerick Leader – a group of residents have claimed that children are accessing scaffolding on the site on a daily basis once workers have finished on the site.

“There ​is no security personnel in the evenings and none assigned to prevent this from occurring. As the hours, days, weeks go by there are kids climbing up and down on the scaffolding using it as a playground. The inevitable is going to happen where a child is going to fall off and get seriously injured or worse yet a child may die from falling from a height,” they warn.

At present, the residents claim in the letter, there is a “mock” security person in place to stop the workers’ tools from being taken.

The group say people are climbing into the scaffolding to bang on windows, as well as kicking in doors, and removing pieces of the structure making it unsafe for the very workers who will return there.

”Also there are a lot of drugs user frequenting the area and the fact the scaffolding is in place with no night-time security us residents there don’t feel safe going to sleep at night,” they concluded.

Improvement works are currently going on at the group of 100 flats, following a €1.7m council loan approved in 2016. These include external insulation, attic insulation, replacement of glazed windows, new eaves and fascias.

Limerick City and County Council did not respond to a request for comment.