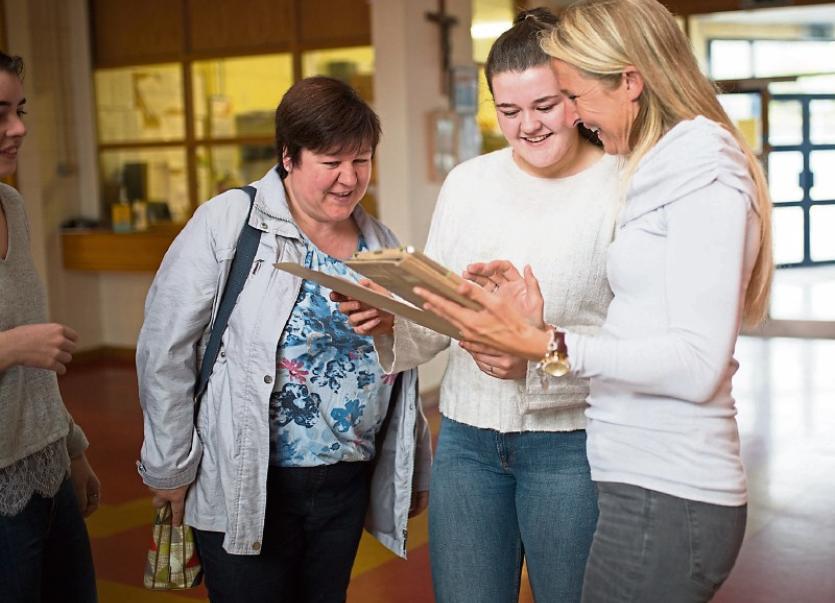 Limerick students have begun to accept their CAO offers

AS THOUSANDS of students secure college places during the first round of the CAO offers this Monday, demand at third level institutes in Limerick has continued to grow despite a 4% decrease in CAO applications nationally.

Applications to undergraduate programmes at Mary Immaculate College (MIC) have increased by 12%, including an 8% increase for the primary teaching programme.

MIC president Eugene Wall said the institute was “delighted” that an increased number of students choose to study at MIC.

“MIC has long been recognised for the calibre of its programmes and these increased applications reflect the excellence in teaching and research at MIC,” he said.

The growing demand for MIC is “in no small part” due to the student experience at MIC, he added.

The University of Limerick is also set to welcome 2,700 young people as part of its first cohort of incoming students, with changes made to points cut-offs for many courses for the coming year.

Amid falling demand across the board for arts and creative programmes this year, demand for UL’s Bachelor of Arts increased which caused a jump in the points required, according to the University.

At UL, programmes in law and languages were “roughly the same in points with some slightly over and others slightly under previous years cut-offs”, according to a UL spokesperson.

“Programmes in nursing continue to be in high demand and this was evident as all programmes saw an increase in points.”

The UL Bachelor of Business Studies and Bachelor of Arts in International Business programmes both saw increases in points as did the Bachelor of Science in Financial Mathematics.

Closing date for accepting CAO round one offers is August 24, with second offers due to be made on August 29.

Further details on cut-off points are available from www.cao.ie