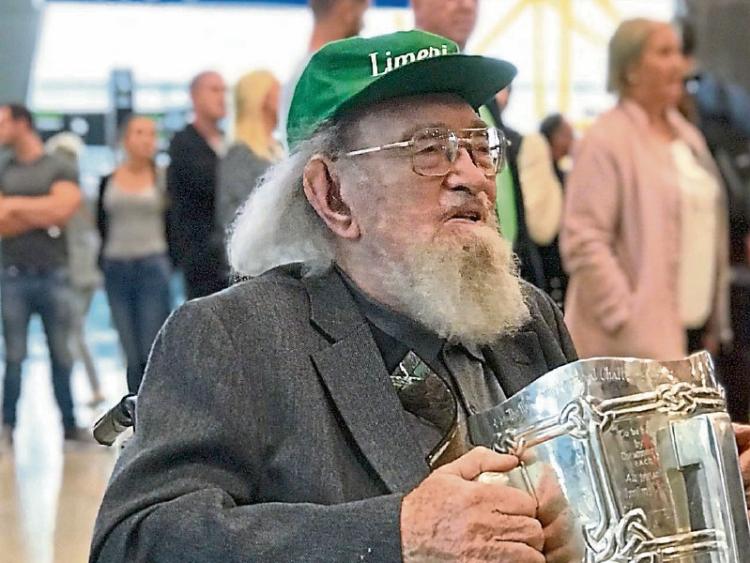 A 98-YEAR old man has flown almost 6,000 km to support his native Limerick in this Sunday’s All Ireland Final.

John Hunt, a founding member of the Limerick Hurling Club Chicago and honorary president of Chicago GAA has arrived in Ireland from Chicago.

98 years young and #HomeForTheMatch! This is John Hunt who’s flown from Chicago to support his native Limerick this Sunday! #BeThereAllTheWay pic.twitter.com/xflp8E2gt0

“Hopefully we will have another photo of John with the Liam McCarthy cup again on Monday,” his club said on social media.

Thousands of Limerick fans are expected to travel to Croke Park this weekend, with 20,000 seats booked for a special screening of the match at the Gaelic Grounds this Sunday.