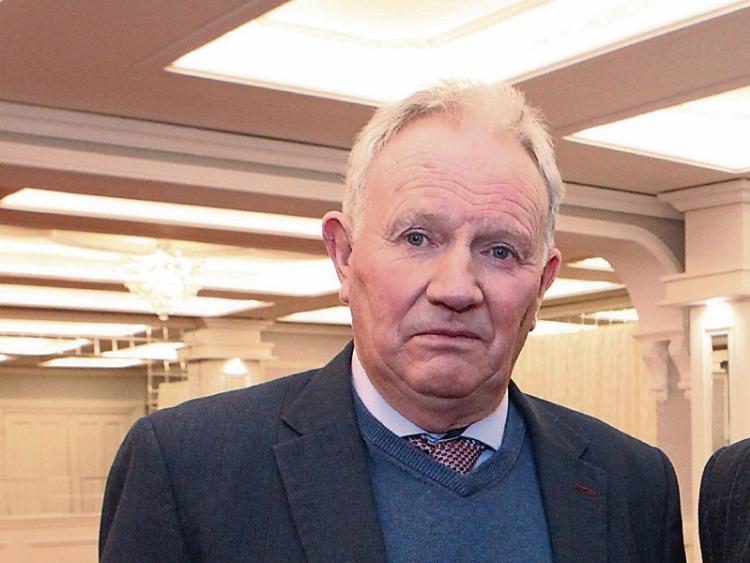 A MAJOR rift has developed between the IFA president and deputy president, Farm Leader can exclusively reveal.

Joe Healy, IFA president, confirmed there was a bitter split between himself and Limerick's Richard Kennedy, deputy president.

“It's more than a bit of a split now - it’s a serious split. It risks bringing down the organisation!" said Mr Healy, who is a Galway man while Mr Kennedy hails from Clarina.

Farm Leader understands one Liam MacCarthy has driven a wedge between the two.

Mr Kennedy fired the first shots across the bow at the launch of the Limerick Show, of which he is chairman. In wishing the organisers of Cappamore Show well, he said he was looking forward to the event on Saturday before heading to Croke Park. Mr Kennedy pointed at one of the cups on display at the launch in AIB on O’Connell Street.

“I see a cup here in front me and I was wondering was it the Liam MacCarthy Cup. Hopefully we will have the MacCarthy Cup at the Limerick Show [on Sunday, August 26]. It would be a wonderful thing to have.

“As a man steeped in sport - I don’t mind what sport it is - it is great to see Limerick being successful. They are already successful having achieved what they have this year and the enjoyment they have given us all. Hopefully they will be successful on Sunday,” said Mr Kennedy.

“My other job is IFA deputy president and the president of the IFA is a Galway man. It will be tough for him or tough for me!” said Mr Kennedy.

Moles in Mr Kennedy’s camps quickly informed the Athenry man and he retaliated with both barrels.

“It's serious now, it can't get much worse. The organisation is in a very dangerous place. I'm getting a bit worried that the person who holds the role of deputy president can be so delusional!" joked Mr Healy.

On a serious note he says the craic between the two is “mighty”.

“Richard is one of the best guys I know. He is probably the only person in the organisation that is more of a sports fanatic than Joe Healy. The build-up is great and I'm really looking forward to Sunday,” said Mr Healy, who is bravely crossing enemy lines by coming to Cappamore Show on Saturday.

Mr Healy said it is huge for any county to be in an All-Ireland final and obviously he is hoping for a Galway win.

"It's absolutely incredible for any county [to be in the final] and just the lift it gave Galway last year... No more than Galway, Limerick have a lot of hurling done and probably not a lot to show for it. We were the same way last year.

"To put it in perspective, I attended last year’s All-Ireland and it was my 13th final between draws and replays to attend. Up until last year I had only seen Galway win one All-Ireland in 1987 because I was in New Zealand on a Macra scholarship in 1988. One out of 12 was all I had seen Galway win so it was great to see two out of 13,” said Mr Healy.

The tension mightn’t be so bad between the two as he concludes with some words to calm the waters.

“Obviously I'm hoping Galway will win. A repeat of the result of 1980 and we'll be very happy but there isn't a Galway person that wouldn't begrudge it to Limerick either,” said Mr Healy.