Where hurling was the foreign game in Limerick

When Mae Leonard’s future husband came into The Parish carrying a hurley, everyone stared and asked, ‘what’s that?’ 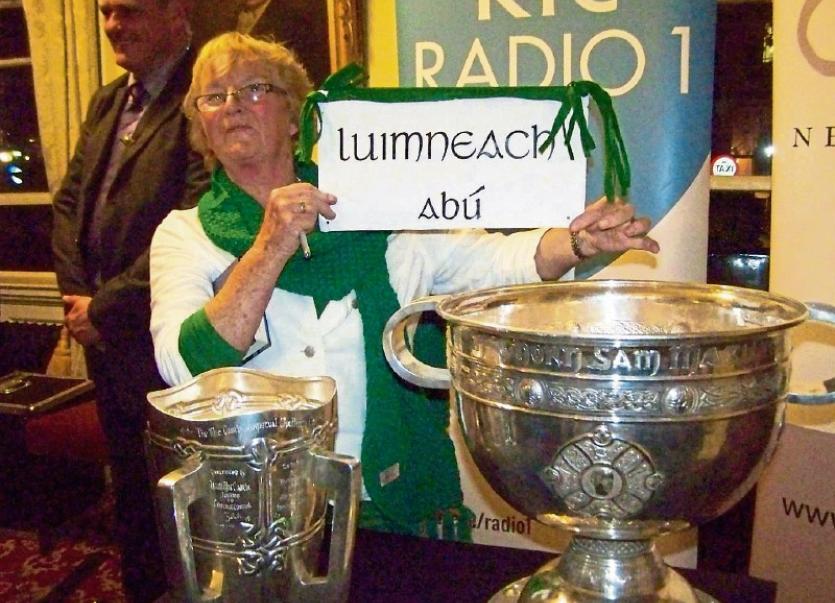 A treasured scrapbook inherited from her mother-in-law illuminated her husband’s hurling career, and the game itself, for Mae Leonard

I didn’t know my future husband Joe Leonard back then - when the Limerick Minor Team won the All-Ireland Hurling Championship in 1958 – in fact, I had never seen a hurling match in my life.

Coming from The Parish – the Isle – in Limerick city, I was heavily into swimming and rugby and rowing. Hurling didn’t even enter the equation.

I didn’t know him throughout the early years, when his hurling skills were developed to the point where he was one of the chosen few to wear the green and white of his county. But, thanks to my mother-in-law, I have been afforded the privilege of sharing her pride, excitement and devotion to his and Limerick’s sporting career of some 60 years ago. I have inherited her scrapbook. A scrapbook of everything to do with the hurling career I really know very little about.

But it is not just the scrapbook itself. It is the way it is lovingly put together – or I should perhaps say – not put together – nothing is in proper sequence – there are no dates on the yellowed newspaper clippings and there are reports of matches between teams from clubs that have long since faded away.

There are action pictures that any press photographer would be proud to claim. There are home-made badges and paper hats all stuck between pages of the huge old diary of 1958.

Now leafing through it, some of the pasted-in items become dislodged and in my mind’s eye I can see her, his mother, mixing a bowl of flour-and-water paste.

It is probably late at night when she has the eight of them asleep. Then she takes the most recent newspaper match reports and pictures, carefully cuts around them, applies the paste and smoothes them onto the pages with her son’s face scowling up at her.

He never seemed to smile in those pictures.

The one I like best is a mid-air clash with a Waterford forward when he clears the sliotar away from the goalmouth. I’ve heard Limerick followers describe him as talented, strong, reliable, always first to the ball, solid and skilful in holding his half-back position. But I think the best description of him is in an article by An Mangaire Sugach – Manachin Seoighe – in the Limerick Leader sometime in the early 1950s.

Manachin reports of attending a Limerick hurling match when he overheard a supporter remark, “Boy! That Leonard is a quare hawk.” And, depending on the way you look at it, that’s admiration indeed.

By the time I met him and we started to see each other regularly, he was playing on the Limerick Senior Team. And then came the time he had to meet my parents. My mother suggested that I bring him to tea one Sunday evening and, horror of horrors, he was late. When he finally arrived he had a black eye, three stitches over his right eyebrow and his knuckles were raw and bloodied.

However he was welcomed and, over mother’s high tea, my father, a rugby follower all his life, pulled out all the stops to discuss the greats of current-day hurling – Tom McGarry and Dermot Kelly of Limerick; Jimmy Smyth of Clare; Donie Nealon and Tony Wall of Tipperary; Pat Fitzgerald and Jimmy Brohan of Cork.

Things went just fine and my father would joke about it afterwards in his father-of-the-bride speech – “When this fellow came across the bridge into The Parish famed for rugby, carrying a hurley, everyone stared at it and asked – “What’s that?”