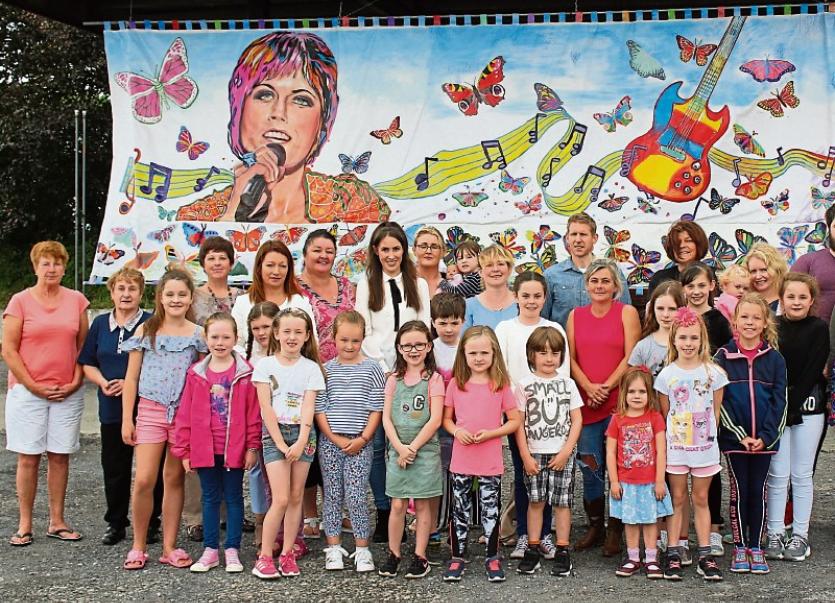 A MURAL celebrating the life and influence of the late Dolores O’Riordan has been unveiled in Caherline in County Limerick.

The painting was designed by Bridget Lambert, a student in the University of Limerick, as part of her Masters in sociology in youth, community and regeneration.

Ms Lambert, originally from Ardfinnan in Tipperary and now residing in Pallasgreen, reached out to over 30 children from six primary schools across County Limerick to add their own contributions.

“They’re very proud, and it’s been amazing to see them so excited and enthusiastic about the project,” she said.

“Some of them wouldn’t have known The Cranberries growing up so they got to hear her and the band for the first time and they really enjoyed it,” Ms Lambert added.

Bridget was a fan of the Limerick group, with Just My Imagination being her favourite song.

“I was such a huge fan of Dolores and The Cranberries - her music, lyrics, even her voice has always been a massive influence for me,” she said.

The painting, located at the Connolly Cross petrol station, shows a portrait of the late Cranberries singer, who died suddenly in January, surrounded by butterflies, musical notes, and guitars of all shapes, sizes and colours.

The portrait of Dolores was faithfully drawn by Bridget’s sister Patricia who also guided the group toward the finished product.

“I have to say thanks to all the children who helped out, my sister who came along and helped, the sociology department in UL and the Caherline community who were all on board with the project,” Ms Lambert acknowledged.

Murals in Limerick have been a controversial topic of late, with certain ‘eye-popping’ opinions as to what a mural should represent being the subject of much debate.

However, the Caherline mural is a wondrous mix of colours representing our beloved past and hopeful future, while also paying testament to Dolores O’Riordan’s rich musical legacy. Members of the Ballybricken woman’s family attended the unveiling this Wednesday.