Limerick carer, 44, in ‘fight of her life’ against aggressive cancer 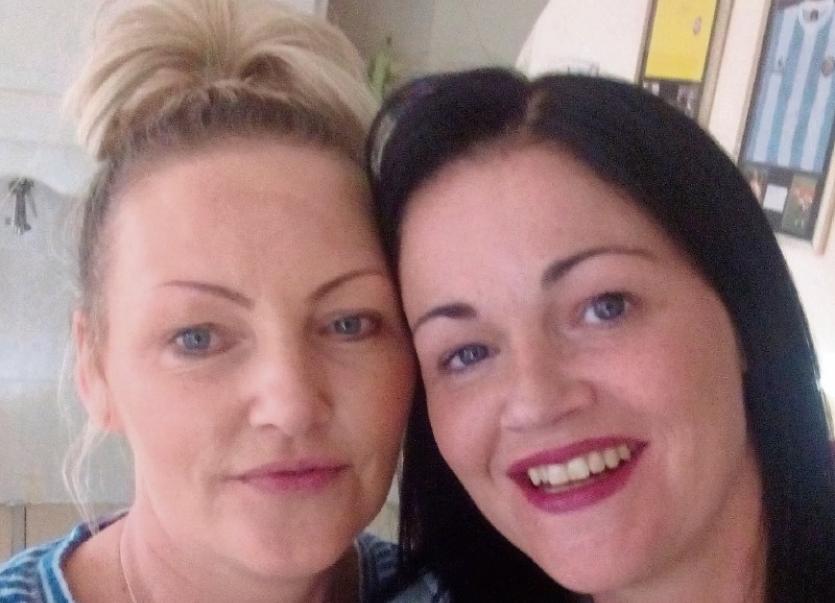 A CITY woman, who provides round-the-clock care to her 18-year-old daughter who has severe autism, is facing the “fight of her life” against an aggressive cancer.

Mary Scanlon, 44, from Southill is set to be treated with a revolutionary new drug during her battle against bladder cancer which, in just a fortnight, has spread to the extent that she needs her womb, cervix and ovaries removed.

Now, the younger sister of the mother-of-three, Angelina McDonnell O’Neill, has set up the ‘Hope for Mary Scanlon’ fundraising campaign in a bid to help her husband Philip afford to be by his wife’s bedside in Dublin’s Mater Hospital, as well as care for their three children Kayleigh, 18, Leon, 15 and Sam, 9.

The stay could stretch up to six weeks, Angelina has said. Already, more than €10,000 has been raised through Internet donations.

“Anyone who would know Mary would know she is one of the kindest, sweetest people you’d ever meet,” her sister said, “I had to set up the campaign in a panic. I knew her husband would not be able to afford accommodation, to be with her. We are trying to cover the costs of the accommodation and needs. I don’t want Mary worrying financially about the children and the bills while she is in hospital and under extensive treatment.”

Due to her daughter's severe autism, Mary is a full-time carer to her eldest daughter Kayleigh.

Her condition means she has to live in a quiet environment, leaving the family to move to Mungret. Forced to pay a higher than average rent, this comes out of Mary’s carers’ allowance.​

And since her husband is unemployed due to the fact his company failed during the recession, the family struggle to claim traditional social welfare support.​

Angelina, who works at the Prescription Centre in William Street, started fundraising two weeks ago, after the extent of her sister’s diagnosis was revealed.

“She had been struggling for nine months. She went to see her GP, as she had been suffering from kidney infections. It was antibiotic after antibiotic. We asked to see a neurologist, and when we went there, he discovered a tumour measuring six centimetres. He removed it, but it was discovered on examination that it had spread to her ovaries, her cervix and her womb,” Angelina told the Leader.

Mary will be treated with a new clinical trial drug called Keytruda.

Just approved for cervical cancer, it’s hoped the drug will increase her immune system to allow her body to cope with the extensive amounts of chemotherapy Mary will be forced to undergo.

“Mary is just so worried, not for herself, but for her kids and husband. She never thinks of herself,” her sister added.

If you would like to donate to ‘Hope for Mary Scanlon’, you can visit https://www.gofundme.com/hope-for-mary-scanlon. Alternatively, telephone 061-468537, or drop into the Prescription Centre, William Street.