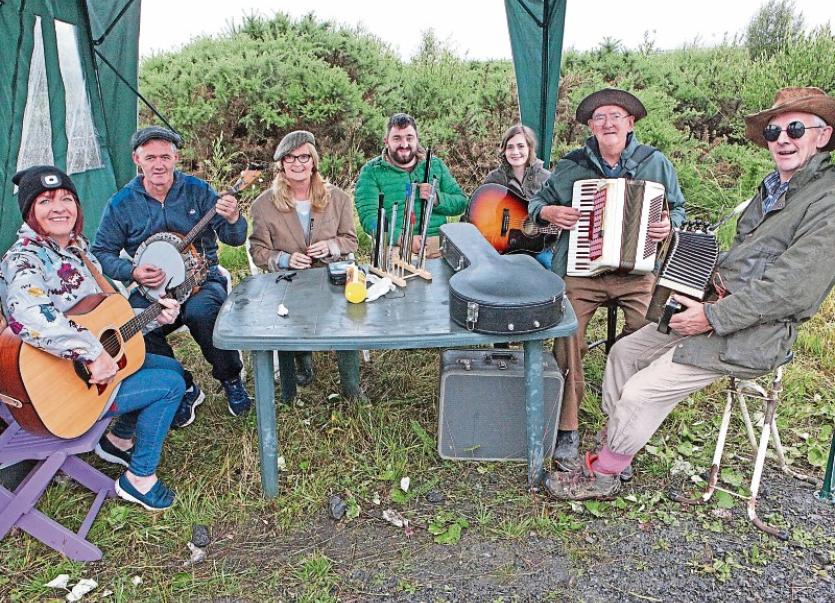 THE LATE Marie Herbert inspired the Castleconnell, Ahane, Montpelier Cancer Support Group to form and the late Shane Lee gave them the idea for their first fundraiser.

Over 300 attended a bog walk in Annaholty on a wet Friday evening to support the committee assisting families who have been impacted by cancer. Phil Foley, chairperson, said Mrs Herbert, who passed away from cancer in 2017, was a close friend of theirs.

“We saw first-hand the work that Monaleen Cancer Support Group did for that family. They made a real difference,” said Phil.

She and Beverley Hartigan, Deirdre Herbert, Rhoda Corrigan, Maeve Herbert and Kay Lee joined together to offer the same support in their parish.

The cancer group will provide day to day practical support to families and neighbours who have been affected by a diagnosis.

They also plan to take part in fundraising so that they may provide a form of financial support in areas such as counselling, wellbeing, home care, child care and travel expenses.

“The idea for our first fundraiser – the bog walk – came from Kay and Frank Lee. Their son, Shane, passed away from cancer. He used to go out shooting in the bog. That was the route we took,” said Phil. Due to the drought the bog is as hard as the road to walk on but as luck would have it, it rained on Friday evening.

“We expected between 100 and 150 but with the weather we thought it would be way down,” said Phil.

Instead, they had over 300 turn up to give them their backing.

“We had a great turnout. For our first outing it was fabulous. Going forward this will be our main fundraiser and we’re hoping to make it an annual event. After the walk we came back to the parish where the Monaleen Cancer Support Group came out to talk to us. It also gave us the opportunity to tell the parish what we are all about,” said Phil. The Castleconnell, Ahane, Montpelier Cancer Support Group can be contacted through their Facebook page CAMcancersupport, email CAMcancersupport@gmail.com or call 085 7455040.