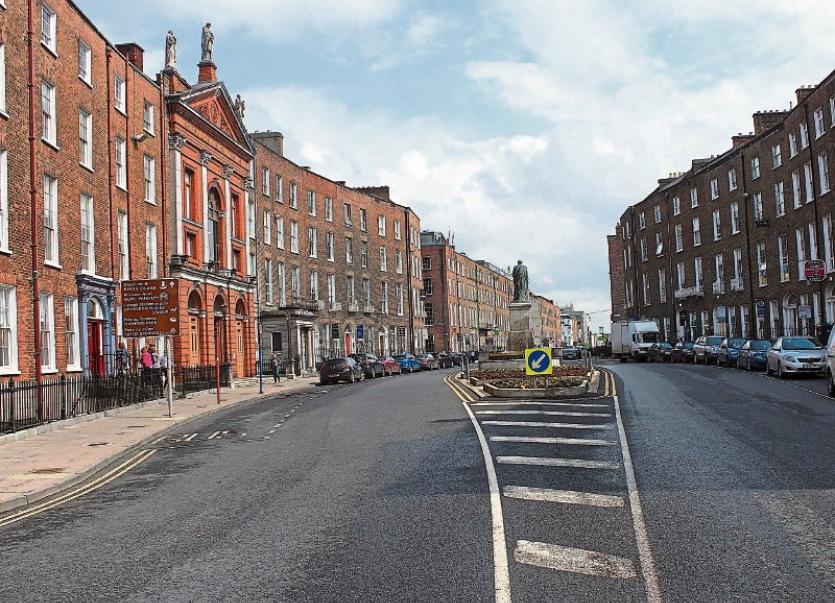 The Crescent, O'Connell Avenue is at the heart of Georgian Limerick

FRANK McDonald, a former environmental editor of The Irish Times and well-known Georgian enthusiast, has publicly addressed what he believes in the “casual neglect” of Newtown Pery which he sees as “an essential and irreplaceable” part of Limerick’s heritage.

Speaking from the pulpit at St Mary’s Cathedral, the former journalist said he was “appalled” to see the largest Georgian area in Ireland outside of Dublin, running from Rutland Street to Pery Square, “persistently ignored by officialdom”.

Mr McDonald was invited to give his address by the new Dean of St Mary’s, The Very Reverend Niall J Sloane.

“Georgian Dublin, for long reviled as part of a legacy of the ‘800 years of oppression’, has become recognised and appreciated as an essential element of the city’s heritage,” Mr McDonald said.

“And the same should be true of Georgian Limerick.”

“I find it astonishing that this is not so, even now in 2018, as shown by the fact that Newtown Pery is mentioned only in passing in Limerick City and County Council's draft tourism strategy which aims to develop it as a ‘world-class destination’.

“How can this be done if one of the city's principal assets is persistently ignored by officialdom?

“I think most of us gathered here today in this great cathedral would wish to see Georgian Limerick valued as an essential and irreplaceable part of the city's heritage, not as a historical museum piece, but also as a place to live, right in the heart of town, within walking distance of everything.

“I look forward to the day when this will happen.”

A spokesperson from Limerick City and County Council said it is working with stakeholders to “consolidate and stimulate the historic core of the city centre, including the Medieval King’s Island and Newtown Pery Georgian areas of the city.

“The Council is actively addressing dereliction and vacancy through using statutory enforcement as well as providing grants and promoting property develo- pment incentives and initi- atives.

“We are utilising innovative planning and design to facilitate stakeholder involvement and coalition building to achieve our aims and have recently received an Horizon 2020 Innovation Grant focused on supporting smart community co-operation models to reduce vacancy and refurbish properties in the Georgian Innovation District.”