Opportunity knocks for long-distance greenway through Limerick and Kerry 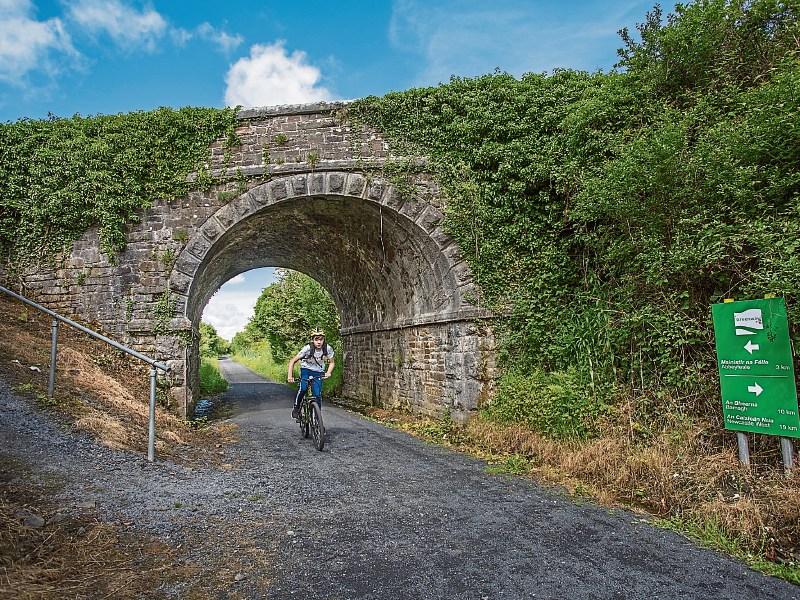 A view of the Great Southern Greenway between Abbeyfeale and Templeglantine

THE potential for a five-star greenway running all the way through Limerick from Castleconnell and on to Feenit in Co Kerry must not be lost, according to Liam O’Mahony, chairman of the Great Southern Trail Group which pioneered the 38km greenway from Rathkeale to the Kerry border.

His comments come following a commitment by Transport Minister Shane Ross in the Dáil that he will be publishing his Greenways Strategy for the country within the coming month and that later this year he will put a call-out for projects to be funded over the next three years.

“There is no doubt that the extension of  the Great Southern Greenway towards Limerick City and to Listowel/Tralee would increase the tourism potential of this route both in Limerick and Kerry,” Minister Ross said. “However, it will be a matter for Limerick City and County Council in the first instance to submit a proposal for any extension of the greenway under the next funding call, bearing in mind the criteria set out in the Strategy.”

“This is a great opportunity to fully realise the potential of a long distance greenway, linking Limerick to Feenit, and should not be missed, “Mr O’Mahony said.

He welcomed the allocation of funds earlier this month under the Rural Development Fund for an underpass at Barnagh which will reconnect the Barnagh Tunnel to the Great Southern greenway. “Kerry County Council has now applied for Part 8 planning for the Limerick to Listowel section and for a section of the old railway line from Tralee to Feenit and this is to be welcomed,” Mr O’Mahony added. “It marks an important step forward.”

But, in a submission to Kerry County Council, the trail group has urged the council to use the upcoming funding opportunity to close the gap between Listowel and Tralee.

However, he continued, that some way must be found to close the gap between Limerick city and Rathkeale.

“While Limerick city is linked by a cycle path to Patrickswell, there still remains a gap between Patrickswell and Rathkeale,” he said. The most practical way to achieve this, he explained, was to run a path alongside the railway line from Patrickswell to Rathkeale via Ballingrane. This could be done in conjunction with restoring the Limerick to Foynes rail link, he said, or along the line itself if the rail link was closed. However, Mr O’Mahony argued, a temporary route for cyclists along rural roads could be put in place in the meantime and he urged the council to re-examine this option, the case for which was previously put to them by the Great Southern Trail Group.

Adare Rathkeale councillors last year voted not to extend the greenway from Rathkeale to Ballingrane,  until building begins on the new Adare by-pass, linking Limerick and Foynes.

Fine Gael TD Tom Neville, who raised the issue of the greenway in the Dáil with Minister Ross,  said he welcomed further funding for greenways in general and had impressed upon Limerick council the need to maximise future funding opportunities. “We are looking at growing and enhancing what we have, encouraging increased numbers and encouraging more downstream activity, providing food, drink, accommodation and bicycles etc for users,” he said. “We need to continue to market the greenway further.”

Tender documents for the underpass at Barnagh had now gone out, Deputy Neville added.