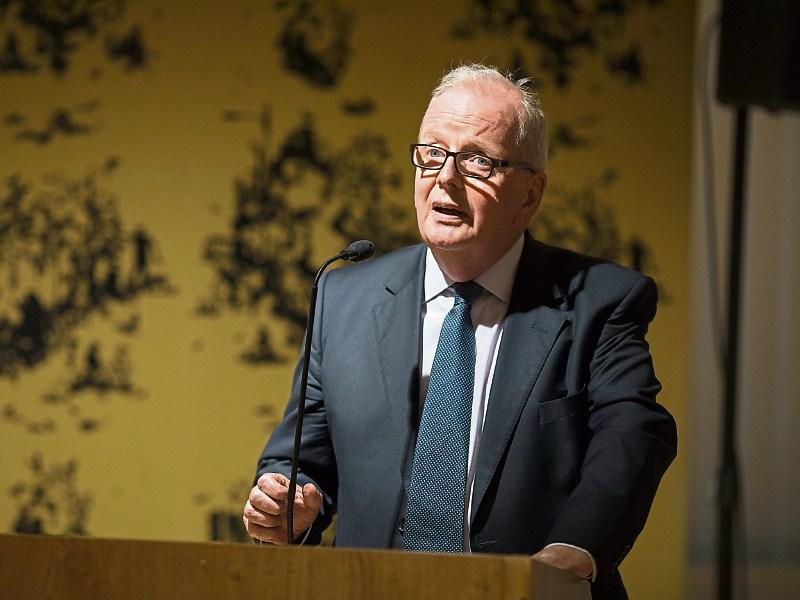 Confidentiality agreements are often part of the solution when large-scale organisations want to make unseemly problems go away, forever. Every so often, though, the best-laid plans come unstuck.

The CervicalCheck scandal would not have been exposed but for the strength of character shown by Vicky Phelan, who refused to keep quiet about her cancer misdiagnosis and who has been an extraordinarily powerful advocate for Irish women ever since.

Those who challenge big organisations — especially when they’re employed by them — can pay a heavy price. Sgt Maurice McCabe is the country’s most high-profile example of that, but there are plenty of others less well known whose lives have been profoundly affected by the fallout. In the vast majority of cases, they are unprepared for the impact on their physical and emotional well-being.

Such has been the experience of the two University of Limerick employees known as Persons B and C, who were suspended from their jobs in the finance department in June 2015.

Stress, depression, anxiety, isolation, panic attacks, disillusionment – research shows that these are classic symptoms in whistleblowers the world over and both UL employees have experienced all of them.

The whole country shared the joy of Vicky Phelan and her family recently when she was awarded an honorary doctorate by UL. Nobody deserved it more. In applauding her immense contribution, UL president Dr Des Fitzgerald recognised the courage it required for her to make a stand.

UL, alas, has not distinguished itself when it comes to the treatment of whistleblowers in its own back yard. Dr Fitzgerald, on taking office in May 2017, pledged to change all that. Fifteen months on, evidence of success is thin on the ground.

As long-running disputes go, the one between UL Persons B and C is right up there. Now clocking in at three years and four weeks, this seemingly interminable saga has been going on longer than the Spanish Civil War (two years, eight months and 15 days) and Ireland’s War of Independence (two years, five months and 20 days).

The suspensions were lifted by the new president last November, but nearly eight months later no agreement has been reached that would facilitate their return to work.

The obvious solution was to find them new roles away from the finance department, or alternatively in a local public institution separate from UL.

It was generally agreed that this was in the best interests of all parties, but an engagement process with an external HR consultant which began in January has now been effectively terminated by UL without any positive outcome.

UL’s position is that none of the alternative roles discussed “have proved to be viable”. This is a sweeping statement that does not stand up to any scrutiny. Progress, albeit slow, had been made on allowing for a return to work in new roles, until UL pulled the rug on the process.

This failure, which has come at the taxpayer’s expense, is in large part the result of a total communication breakdown between the university and the two employees.

A personal injuries claim settled in March amounted to an acknowledgement by UL that B and C were wrongly suspended.

It is no exaggeration to state that the suspensions were grossly and disturbingly unjust – and they also had a traumatising effect on the employees.

Regrettably, there has been little understanding of the latter point by the current UL president or his predecessor, Professor Don Barry. Neither man has seen fit to meet with the two employees, to better understand how the experience has affected them.

Instead, the HR department that caused this unholy mess in the first place has now swung into action and curtly informed the employees that they must return to the finance department on August 1, even though their previous positions have long since been filled, and even though the prospect of returning to the same department fills both B and C with dread.

This is nothing less than an admission of failure by the university and a denial of common sense.

In recent years UL has paid out around €2 million in settlements to almost 60 former employees, sometimes without seeking the necessary approval from the Department of Education for the use of taxpayer’s money. The severance deals included sums of €231,506, €220,332, €182,506, €155,043 and €150,000. Secrecy around these arrangements was secured by confidentiality clauses.

Persons B and C were ordered off the campus a couple of weeks after declining to accept termination payments of almost €60,000 each, a sum which was – of course — conditional on them agreeing to the usual gagging clause.

Three years later, they say they would make the same decision again, despite everything. But they are also acutely aware that if they had taken the money and signed on the dotted line, their lives since would have been very different.

For UL, things would have been different too. The B and C case had a domino effect: without it, the Pandora’s box which plunged the university into a prolonged crisis would most likely never have been opened.

It will require leadership – from the very top – to steer a course through this complex problem and bring the saga to an end. So far, we have not seen enough of it.