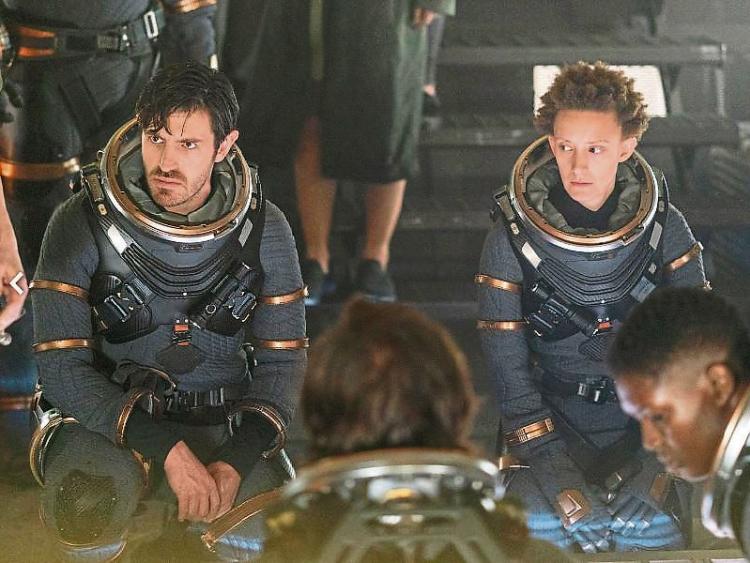 Actors Eoin Macken and Maya Eshet aboard the Nightflyers spaceship

NETFLIX has released the official trailer of the thrilling sci-fi horror Nightflyers, which was filmed in Limerick’s Troy Studios.

Based on the namesake novella by Game of Thrones author GRR Martin, Nightflyers tells the epic journey of eight scientists aboard the Nightflyers spaceship, in search of extraterrestrial life in the cosmos.

Nightflyers, which will be aired on Syfy in the United States, will launch on Netflix outside of the US in 2019. The season will consist of 10 episodes.

Limerick City and County Council, which purchased the huge factory space through Innovate Limerick and leased it to Troy, said it had a 91% Irish crew with an average of 320 employees on site in Limerick each day. It has been claimed that Limerick has the potential to create up to 1,000 jobs in the screen production sector in the next three to five years.

Nightflyers commenced filming in 2017, and completed the final shoot in May.

In a Facebook post, Troy said it had been a "fantastic 11 months" for the studio as the final Nightflyers crew members departed last week.