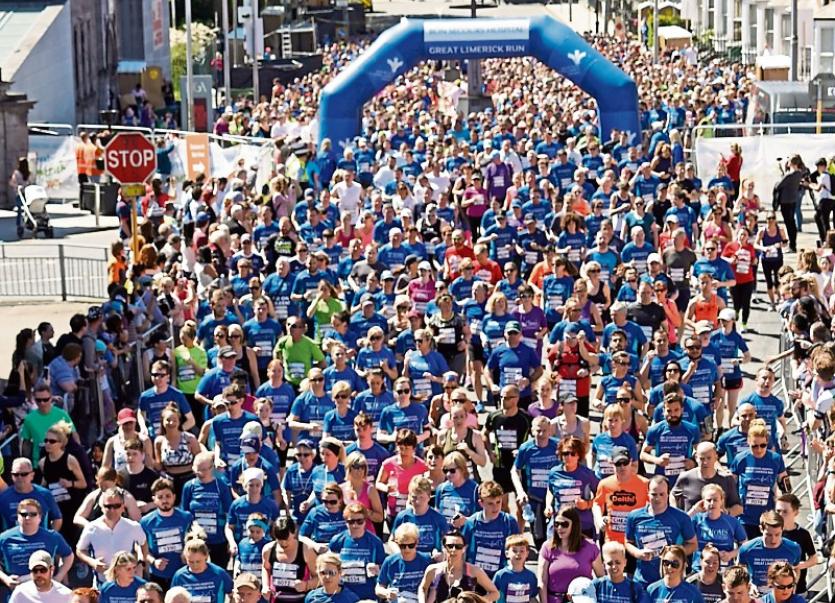 The organisers of the Great Limerick Run paid €15,000 to the State to police last year’s event

THE organisers of the Great Limerick Run paid €15,000 to the State for policing during last year’s event, it can be revealed.

Details of the payments are contained in records obtained by the Limerick Leader under the provisions of the Freedom of Information Act.

According to An Garda SÍochána, significant payments were received last year for “non-public” duties from Munster Rugby, the GAA, Limerick Races and the Pig N Porter festival.

A garda spokesperson confirmed that under Section 30 of the Garda Siochana Act 2005, “An Garda Síochána may provide and charge for police services for events on private property or in areas open to the public if it is in the public interest and consistent with the functions of An Garda SÍochána”.

Figures for 2017 show that Munster Rugby paid a total of €13,450 relating to three Champions Cup and two Pro 14 matches which were played at Thomond Park.

The highest payment (€3,920) related to the Champions Cup fixture against Leicester Tigers on December 9 while the lowest (€1,440) was for the Pro 14 clash against South African side Toyota Cheetas on September 9.

Other monies paid for non-public duties during 2017 include €3,526.60 from Limerick Races relating to race meetings at Greenmount Park, Patrickswell on March 30 and April 6, 2017. Both events are popular with students.

While more than €5,000 was paid relating to the policing of fixtures at the Gaelic Grounds, none of the matches featured senior teams.

The only other event which features in the top ten in terms of payments related to the Pig N Porter festival which took place at Old Crescent RFC  on July 15 and July 16, 2017.

According to the figures, a total of €2,676.52 was paid to the State by the organisers.

By way of explanation, a garda spokesperson said the monies are used to fund gardai who would otherwise be off-duty.

Normal duties such as traffic control and public policing are not generally the subject of charges.