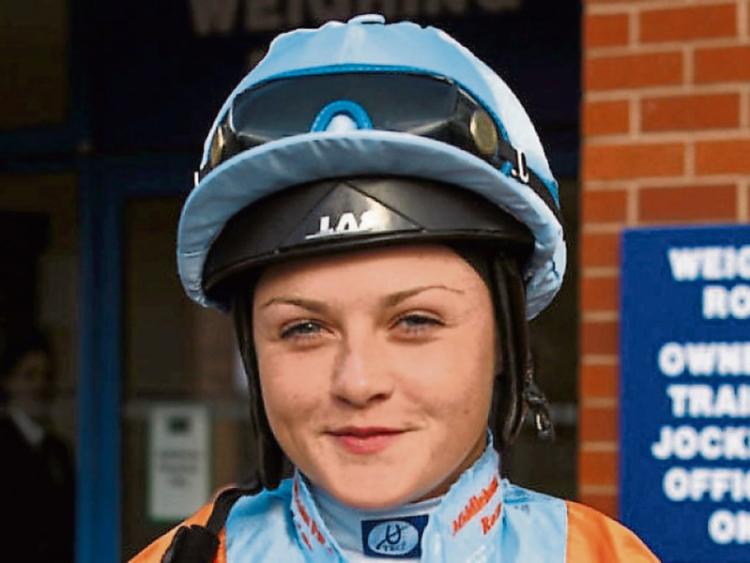 Laura Barry was a promising apprentice jockey before her diagnosis

TRIBUTES have been paid to a Limerick jockey who sadly lost her cancer battle just a day before she was due to marry.

Laura Barry from Raheen, died peacefully at Milford Hospice in the early hours of this Friday morning. She was just 25 years old.

On Saturday, she was due to marry Ben Hamilton, the brother of jockey Tony Hamilton. It is understood that the couple tied the knot privately before Laura passed away.

The promising young jockey had been living in the UK for several years, after going over to train as a full-time jockey when she finished school.

But Laura was diagnosed with an aggressive and rare form of nerve cancer in 2016, and was eventually left paralysed in one leg after a surgery. She noticed the cancer after experiencing pain in her leg.

Daughter of Catherine and David Barry, the young woman is also missed by her sisters Alison and Kate, and her new stepson Harry.

She is also survived by her grandparents Gordon and Catherine Spillane, mother-in-law, aunts, uncles, cousins, relatives and her many friends.

Laura went to northern England to ride as an apprentice for Richard Fahey several years ago. Speaking this Friday to the Racing Post, her former mentor paid tribute to the young woman.

"She was a wonderful, wonderful person and she passed away with dignity. She was a super girl, just a super, super girl, and it's so very sad for everyone.

“It's horrendous. There's no good time for anything like that, but it's extremely sad – she was due to get married tomorrow. She's a girl I'm very proud to have known, she was a simply wonderful girl."

After a brave battle, devastated to hear of the untimely passing of former apprentice Laura Barry at such a young age. Thoughts with Ben and her many, many, family and friends. RIP ⭐️

Jockey Gemma Tutty, who organised a major fundraising effort last year for her best friend, said: "She was so tremendously brave and fought tenaciously right until the end.

"We made memories together that will last a lifetime and I'm so grateful that racing brought us together. I couldn't be prouder to call her my best friend."

We are very saddened to hear that Laura Barry has passed away after a brave battle. A talented apprentice jockey, she has been taken far too young. We send our deepest condolences to her family and friends.
Rest in Peace Laura.

I can’t believe the awful news on Laura Barry.I honestly feel sick.Laura was such a positive person to be around and I have so many fun memories riding with her in the apprentice series over the cold winters at Wolverhampton.we will all miss you Laura.far too soon to leave us.

Her funeral details are as follows: