‘Fame brings its own stresses - when you’re very famous, you have no life’: Dolores O’Riordan’s mother 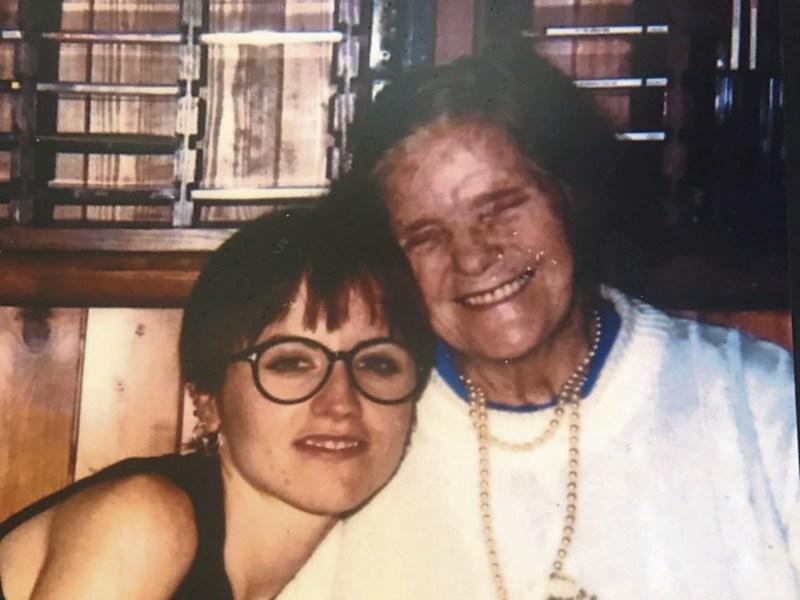 SOMEONE once told a young Dolores O’Riordan that if she put butter mixed with salt on her skin while sunbathing it would help her achieve a golden tan. It burnt the legs off her!

On glorious summer days Dolores would travel the 10 miles or so to the lake at Lough Gur to soak up some rays, or go further afield again, to Ballybunion, the O’Riordan family’s traditional getaway location.

“We used to take a picnic with us,” recalls her mother, Eileen, sitting on the table-for-two between the arches of The Hunt Museum Cafe on Rutland Street.

It’s just gone 2.30pm on an idyllic Thursday afternoon in the city.

With the hot sun beating down on the Shannon River outside, the mother of Limerick’s most famous daughter takes a stroll down memory lane.

“I’d often take a big stew, wrap it up and bring it down to Ballybunion. We went into a cave one time and nearly got caught inside. They are dangerous enough. We often got a caravan there. We had lovely summers,” she recalls.

Eileen last saw Dolores, 46, on Saturday, January 13, of this year. Dolores passed away in the early hours of Monday, January 15. She was found unresponsive in her room in the Hilton hotel on Park Lane in London. The inquest into the singer’s death is scheduled to take place mid-autumn.

Eileen says there has been just one day since Dolores died “that I thought I wouldn’t be able to go on”.

“Just once, since she died, that nothing would console me. But I always have someone to turn to.”

Her faith has been her rock.

“I don’t think I could manage without it. Oh gosh, I couldn’t. I pray going around. I’m always asking for things. It’s as if there is somebody to turn to - to look after me all the time.

“I’m doing very well, thank God. I don’t know why but I feel so much prayer. No one should ever doubt the power of prayer.”

In her parish church in Ballybricken Eileen is the Eucharistic Minister, reader, singer and sacristan. She has travelled to Lourdes every year over the last 35 years, missing out on only one year when a neighbour became ill and sadly passed away.

“I go with Cashel and Emly. That’s another family we have. It’s lovely. We are handmaids. We do everything from helping to dress and feed to doing the tables. There is plenty of work to be done there. We go for five days.”

Dolores attended the Novena at the Redemptorist Church on South Circular Road in the city as a child.

She attended Mass there every morning before classes began at the Model primary school and Laurel Hill Colaiste.

“I worked in Krups and we always went to the Novena. When I was going to work I’d be dropped off in the morning and Terry, my late husband, would take them up every morning to Mass in the Redemptorists and then drop them into the Model school. As children, the Novena was a big part of their childhood. That’s why the picture was presented to me. It’s beautiful. It’s a hand painting.”

There are still those fleeting early morning moments when, on opening her eyes, the loss of Dolores hasn’t registered on Eileen’s consciousness.

“And sometimes when I hear news, I think ‘Oh, I must tell Dolores and I go to ring her, but’…”

Eileen talks to her late daughter all the time.

“When I go to her grave - her name is on the stone, and all that, but I don’t feel she’s there. I can feel her more with me. When I was in Lourdes I didn’t know how I would feel there - she was with me about five times in Lourdes.

“There is this little spot on the grotto and I said to Our Lady ‘If she’s here now, I’m asking you will you let a little bird fly into a little groove’. There was no sign of the bird. And the next thing this little bird came, a swallow. She came right in and she perched up beside us. She dropped something there and she started chirping and calling and the next thing three little heads peeped out of the nest - her babies. They were walking and going back again, frightened. I thought it was very significant with the three children.”

“Taylor is doing better. He will be home this month. I didn’t go over yet - they will probably come back first because they have moved house which is good, I think, for them. They say don’t make any big decisions but they were going to move anyway. So they have moved into their new house and it’s nearer to their schools and they seem to be doing good.”

The eldest girl, Molly, she says, is easy-going.

Eileen has seen first-hand the impact fame had on their mother’s life and her wish is that Dolores' children lead a simpler life, away from the spotlight and the glare of fame.

“When people say that Dolores’ children, my grandchildren, would follow in her footsteps - I would hope not. Keep things a bit simpler.

“Fame can bring its own stresses and when you are very famous then you have no life. You make true sacrifices really. With the children, after a while I was in her (Dolores) position and she was kind of in mine.”

Before she departed for London on January 13, Dolores called out to Eileen’s home, the home The Cranberries lead singer grew up in - a picturesque converted cottage on a quiet country road in Ballybricken. She gave her beloved mother a Fitbit and a pair of knee-high Doc Marten boots.

Eileen wears the Fitbit today, on her left wrist.

“The strap on it wasn’t great so my grandson got me this one and it looks more respectable.

“They are great - if you ring me now or text me and the phone is in my bag it tells you - and if you’re sitting down for too long it buzzes until you get up. When you do your 10,000 steps there’s balloons and stars,” she smiles.

“She also got me a pair of Doc Martens and said ‘Would you wear them?’ Up to my knees they are. For the garden. The crater. I wouldn’t part with them now all the same.”

Along with her strong faith, Eileen says the great support she has received from family, friends and fans of Dolores all over the world has been an endless source of solace.

“I feel nobody can do anything to me and nobody can hurt me. They are all looking after me. The prayers are coming from everywhere. Not just the Catholic Church but Jews and everyone. I’m still getting letters. People are coming to the cemetery all the time - all the time. The Jews don’t leave flowers, they leave stones - they say flowers die but the stone lasts forever.”

She remains busy every day, sticking to her routine as much as possible.

“Thanks be to God I’m quite content. I’m glad she’s at peace.”

Describing Dolores as “quite a spiritual person” and “a free spirit”, faith Eileen says, also played a big part in her life.

“Inside in her wallet she had a picture of Our Lady. I took it out and showed it to her sister and she had the very same one - a coincidence. She had her religious books and pictures everywhere. When she was travelling she would always send me pictures of nice churches . She wouldn’t be always able to get to Mass but she would always visit the church.”

Eileen is convinced she will meet her daughter again in the next life.