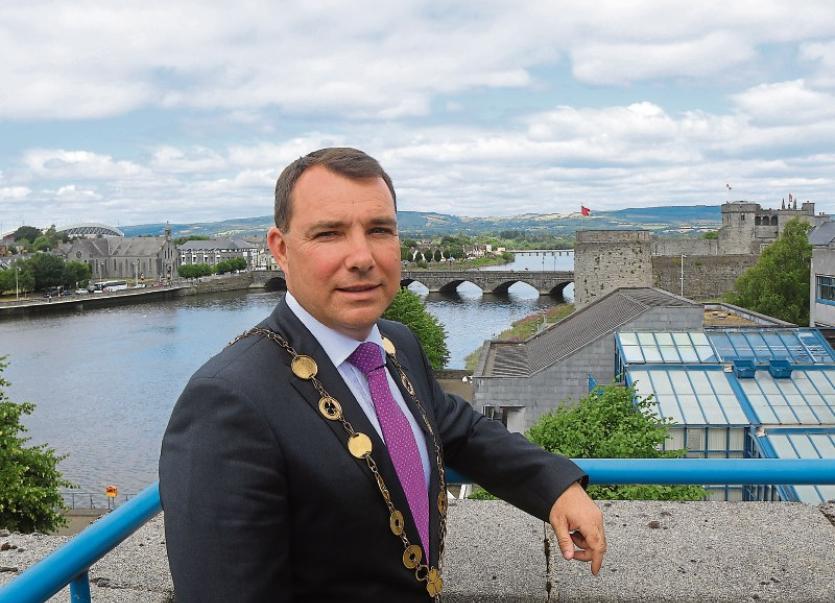 THE newly elected Mayor of Limerick, Cllr James Collins, has said the city needs to "think more radical” in terms of its public transport offering.

Mayor Collins, who lives in Dooradoyle, has pointed out that while Galway, Dublin and Cork have up-to-date public transport plans in place, Limerick is going to be forced to compete with other towns across the country for funding to develop its own.

“There is a national BusConnects project in the Ireland 2040 plan and Limerick is not even mentioned in it, which is incredible,” he said.

The new mayor said with plans to increase Limerick’s population by 50% between now and 2040, other social issues need to be looked at.

Mayor Collins added: “It cannot be about moving cars about now, it has to be about moving people. Maybe the answer isn’t bus lanes. Maybe we need to look at bit bigger. Guided bus routes would be one idea.”

He said: “In every local area plan, we have done, we have included a park and ride, or we have indicated one. But none have come to fruition.”

The Fianna Fail councillor suggested a park-and-ride facility beside the South Court Hotel, to provide a link for county people coming into the city centre, and reduce the congestion.

The publican also called for Limerick to come up with “its next big project”, so as to continue fostering an environment where thousands of jobs can be created.

“We have started the recovery, we are not there yet. We created 3,000 jobs last year. We need to think big, we need to think strategically,” he said.

A member of Innovate Limerick, and Limerick Twenty Thirty, which is charged with regenerating huge swathes of the city centre, the mayor added: “We had a big idea, and now we have a movie studio.

“That’s the level of ambition we need to have. We’ve challenged the council and the executive. What’s the next Troy Studios project? We created 3,000 jobs last year, why can’t we create another 3,000 this year? We have set up a movie studio in Limerick in the last couple of years, and now we have NBC and Nightflyers. What’s the next thing we are going to do? We’ve only just started, and now we want to see Limerick moved onto the next stage.”

- For a full, in-depth interview with the new mayor, check out this weekend’s Limerick Leader.