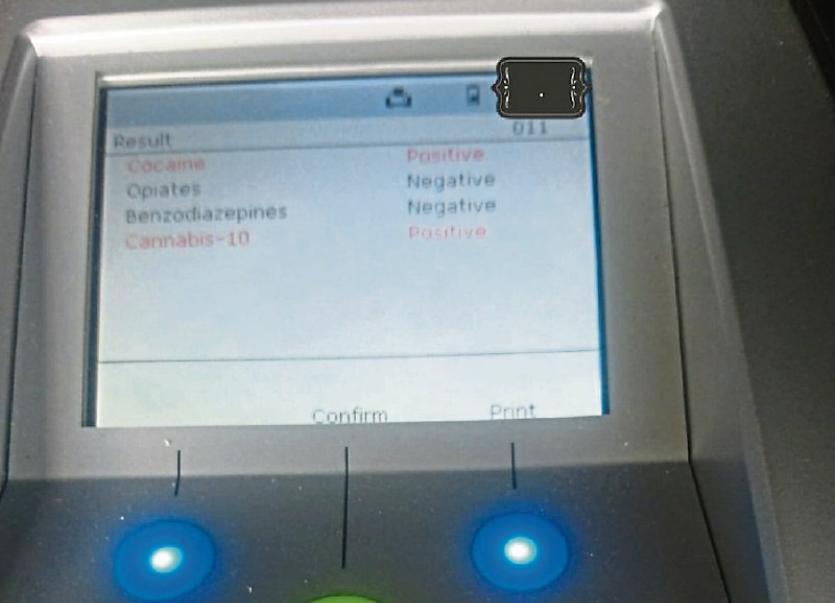 The driver tested positive for cocaine and cannabis Picture: @GardaTraffic

A DRIVER stopped at a Limerick garda checkpoint failed a roadside drug test.

The driver was arrested and a blood sample was provided at the local station.