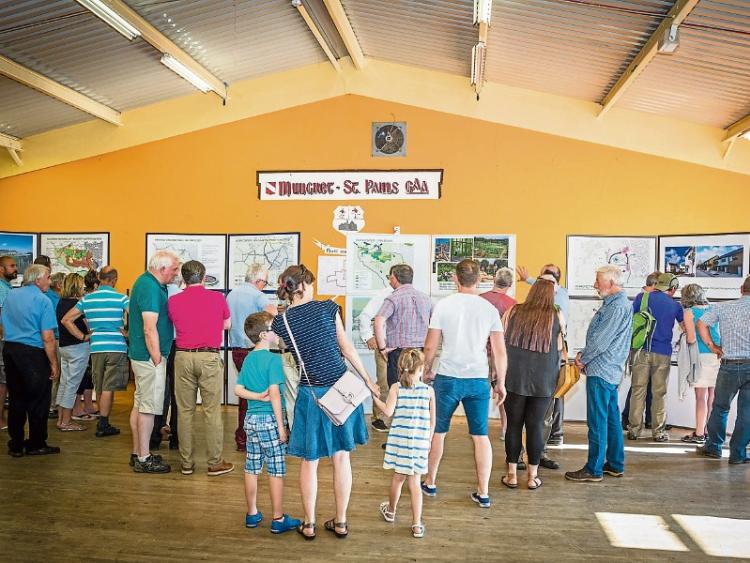 Mungret GAA Club played host to the first information evening on the plans, with a huge number of people from the locality showing up

A NEW neighbourhood for Limerick is expected to be built in Mungret by 2021, with 250 homes on a 60-acre publicly owned site.

Limerick Twenty Thirty has been tasked with putting in place a masterplan for the area, which will see a mix of two-bed homes, three-bed homes, plus apartment living.

At least 10% of these units will be social, and a proportion will also be made available below market rates as part of an affordable housing scheme, Limerick Twenty Thirty chief executive David Conway said.

Mungret GAA Club played host to the first information evening on the plans, with a huge number of people from the locality showing up.

It will be November when the Mungret masterplan is released that we know the exact breakdown of the plan.

However, concerns were raised in terms of transport links and retail/restaurant activity on the site, with Mr Conway admitting Limerick Twenty Thirty is adopting a “build it and they will come” attitude.

He denied the Mungret area could meet the same fate which met Adamstown.

As the economy crashed, this new town in South Dublin was left largely unoccupied, with the residents enjoying few amenities, a situation which has only recently began to improve.

Donal Fitzgibbon, who lives in the area, welcomed the consultation, saying: “the potential for this area is enormous”.

“The only thing I would like to see is it happen. That it won’t take forever. I often feel there are times probably when there is too much consultation and not enough action. It’s important to maintain the momentum and that 2030 doesn’t move out to 2035.” The site will be home to four schools by 2021, with the park already redeveloped.

“We're a club founded here since 1929. We have embraced all the new developments and we're really excited by this. We are looking forward to extending a big welcome to any new people coming in today to the parish. It's great place to live, the people are lovely. Our crime rate is so low, it's amazing,” he told the Limerick Leader.