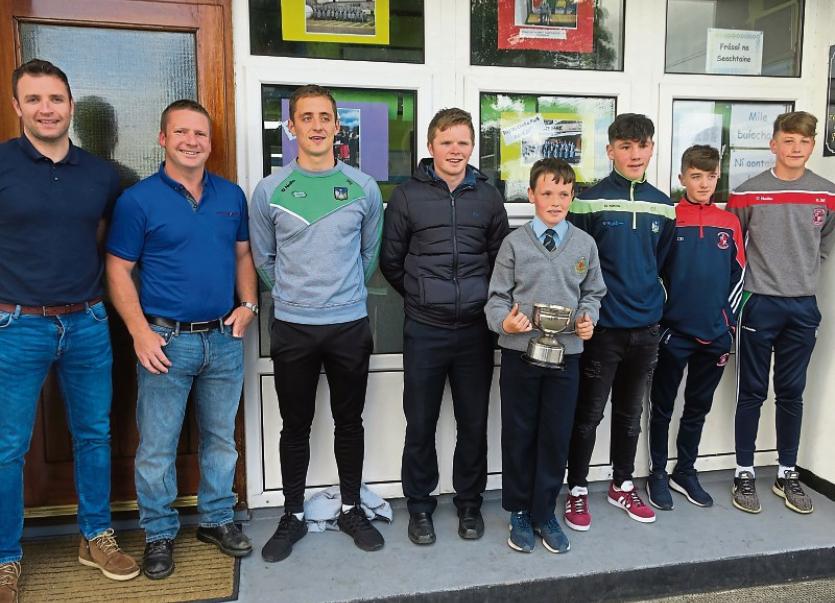 DOON CBS is the Kilkenny of the Limerick Leader Cup – the premier primary schools hurling competition in County Limerick.

They have just won their fourth cup in a row – a massive achievement for any school but especially one with less than 70 pupils. They held a medal presentation evening in Doon attended by staff, parents, pupils and all eight winning captains in their history.  Senior hurlers Pat Ryan “Simon” and Barry Murphy, and former Leader Cup winners, also gave up their time to attend.

Principal, Joanne O’Connell has continued to foster the  love of hurling instilled by predecessor Br James Dormer. In her speech she thanked the teachers who gave their time over the past years to prepare these teams.

“We are indeed fortunate that we have people who are willing to give of their time to promote the games in the school.

“On behalf of the pupils and staff of the school I would like thank you the parents for your courtesy, co-operation and generosity at all times. I would also like to thank Doon GAA for their generous assistance and facilitation to the school always,” said Ms O’Connell.  Will they go one better than Kilkenny and get the five-in-a-row in 2019? It won’t be for lack of trying!