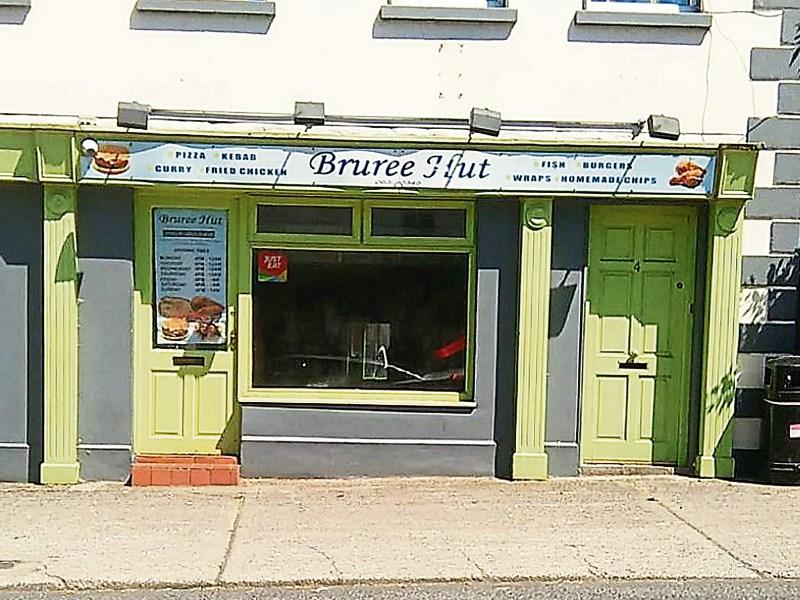 THE HSE has secured an improvement order on a County Limerick take-away to carry out cleaning and replace equipment.

Muhammad Ali, of the Bruree Hut, on the village’s Main Street, was given four weeks to carry out the works. Barry Kelleher, solicitor for the HSE, told Kilmallock Court that Mr Ali failed to obey a improvement notice issued on February 27, 2018.

“No improvements have been made whatsoever,” said Mr Kelleher, who outlined that inspectors visited the Indian takeaway on March 21, April 24 and June 15.

Prior to the improvement notice being furnished to Mr Ali in February, Mr Kelleher said inspectors had observed “non-compliances”.

The solicitor handed in a report to Judge Marian O’Leary.

The judge asked was it “mostly cleaning” that needed to be completed in the Bruree Hut.

The judge granted the HSE’s application for an improvement order on the Bruree Hut.