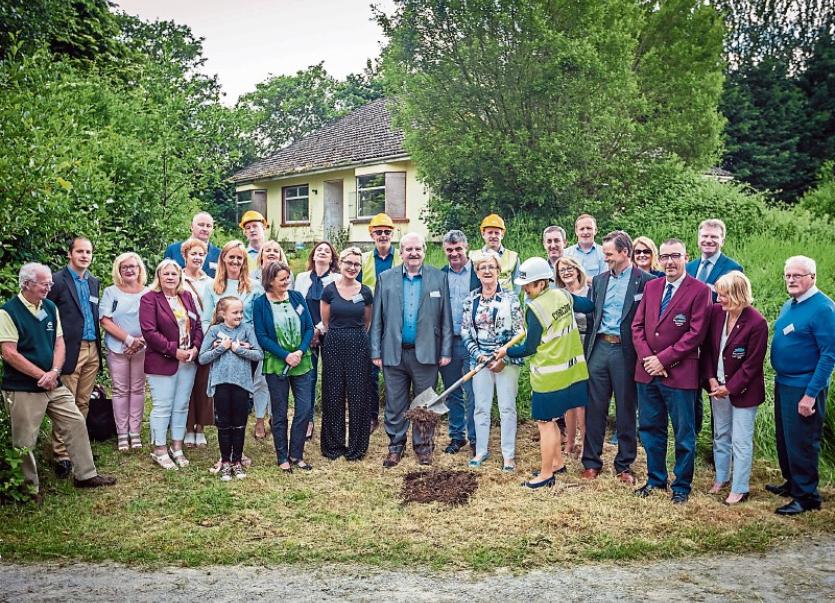 Turning the sod for the Ballyneety Community Development Association

IT IS A busy time in Ballyneety - one major project is completed and now they are embarking on two more.

A community walking track is finished but they aren’t resting on their laurels. They are forging ahead on a community innovation unit and a five-a-side all-weather sports pitch.

A spokesperson for the association said both projects are being funded primarily from the Leader programme, through Ballyhoura Development. They have given a contribution of €213,048 to both projects, supported by a local private donation.

A BCDA spokesperson said the community innovation unit involves the extension and refurbishment of an existing cottage on the grounds of Ballyneety Golf Club.

The centre, which will be managed by BCDA, is accessible to all ages, genders and demographics,” said a spokesperson for BCDA, which is chaired by prominent businessman, Hugh O’Donnell.

The contractor appointed - Corcon Construction - is due to commence work as soon as July 1. Two weeks later, McSweeney Sports Surfaces is to start construction of the five-a-side all-weather pitch on July 18.

Both facilities will be available by the end of the year for all to use. It is a real local effort as Ballyneety Golf Club trustees gave a commitment to use five acres of land for the development of a number of community related projects.

Together with the help of local architects and engineers, planning was received for the projects. The BCDA spokesperson said the Ballyneety community has come together with great enthusiasm to develop the facilities that will support and create access for all.

“The first project, the community walking track, launched in 2017, with almost 200 members, has already been completed and serves as a great catalyst for new projects to follow. The walking track will alleviate a big safety concern for all the community, as it takes people off walking the dangerous R512,” said the spokesperson. For membership contact ballyneetywalking track@gmail.com.

The BCDA is focused on the promotion, development and operation of recreational and sporting facilities for the community and surrounding area of Ballyneety village. This plan is being achieved through raising funds from private donations and via proceeds from public sources for the community facilities envisaged.

The primary aim of their projects is to provide a benefit to the community through advancement of community development, including rural or urban regeneration.

"Through the promotion of civic responsibility and voluntary participation from the members of BCDA a significant opportunity exists to deliver community facilities that will sustain generations," said the spokesperson.