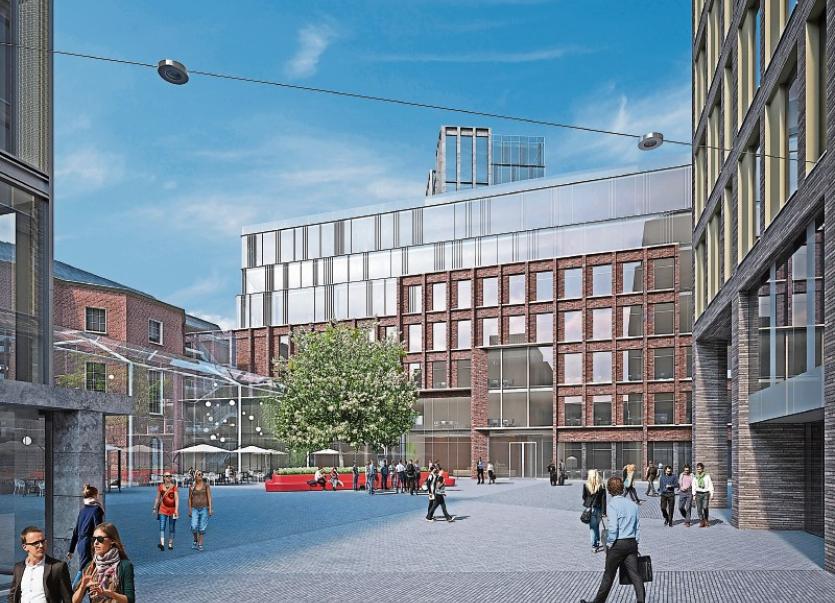 As revealed by the Limerick Leader last week, Limerick Twenty Thirty bosses are reconsidering the idea of bringing housing into the €170m scheme in the Upper Patrick Street area.

Plans for the huge office development released last year initially showed not a single dwelling, prompting outrage from groups as diverse as housing charity Novas and the Limerick Chamber.

This came after plans dating back to 2011 revealed proposals for 161 apartments – and it was on this basis that funding came for Project Opera.

Ms O’Sullivan, who was Housing Minister at that time, said: “This just shows how important it is that people respond to public consultation. The Labour Party put in a very detailed submission, and our main point was there needs to be residential accommodation in this very important site in the heart of the city. That was the original intention when I was minister.”

Ms O’Sullivan said she hopes it is not just “token housing”.

Elsewhere, there has been a guarded welcome to the news. Campaigners and politicians have said ultimately the proof will be in the delivery.

Designers of updated plans presented to councillors have indicated 1,200 square metres will be set aside in Upper Patrick Street for a mix of uses including office, higher education and crucially, residential.

Solidarity councillor Cian Prendiville said: “There is a glimmer of hope now residential will be included. But we must keep pressure on the council to make sure they follow through on this.”

He said any accommodation provided must be at affordable rates.

While Limerick Twenty Thirty insisted the possibility of housing in Project Opera was never “ruled in or ruled out”, Cllr Prendiville believes public pressure has made a difference.

“Solidarity, other parties, Novas and others made submissions saying it would be a grave mistake not to include some accommodation. So it’s clear this has had an effect,” he said.

Novas, the homelessness charity, was one group which also made a submission on the €170m, 3,000-job scheme.

Dr Una Burns, its communications officer, said: “We’re glad the council has listened to the concerns in regard of housing on the site. The Opera site provides immense potential to alleviate some of the housing problems.” She pointed out a “dearth” of city homes, and high rents.

Cllr Joe Leddin believes without housing in the mix, An Bord Pleanala would have likely rejected the proposals, causing “additional delays and huge embarrassment” to Limerick Twenty Thirty.

However, the company last week maintained that housing had not been “ruled in or ruled out” of the Patrick Street development, updated plans for which will soon be shown to councillors.