Jerry McCabe to get posthumous Freedom of Limerick 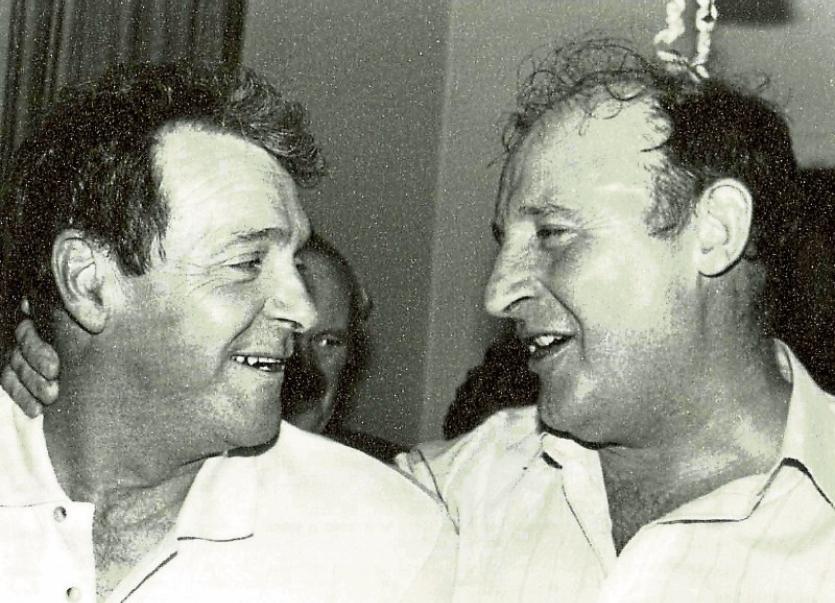 Jerry McCabe, left, pictured with Ben O'Sullivan, who are to be honoured with the Freedom of Limerick

At a special meeting of Limerick City and County Council this Wednesday, there was unanimous agreement to bestow the area’s highest civic honour on the pair.

Mr McCabe, who was killed in 1996 in Adare, and Mr O’Sullivan become only the second and third people to be given the title since the two councils merged in 2014.

They follow in the footsteps of President Michael D Higgins who was conferred with the honour in 2014.

Prior the amalgamation 64 people received the Freedom of Limerick City, the last being Munster legend Paul O’Connell in 2012, as well as JP McManus, Pope John Paul II, and former US Presidents John F Kennedy and Bill Clinton.​

Deputy mayor, Cllr Marian Hurle​y, who chaired the meeting in the absence of Mayor Stephen Keary, said: “We felt very strongly about this cause, and what these men did for not alone Limerick and Ireland, serving as they did.”

Former detective garda Sean Lynch, who served alongside the pair, said: “Both on and off duty, we would have had a very good, friendly relationship. We would have known each other very well. I’m delighted as mayor of the metropolitan district and chairman of the Joint Policing Committee that Mayor Stephen Keary wants to give this fabulous freedom of Limerick to these great, brave men.”​

The ceremony will take place at Limerick council’s headquarters, on Thursday, June 28 from 6pm.