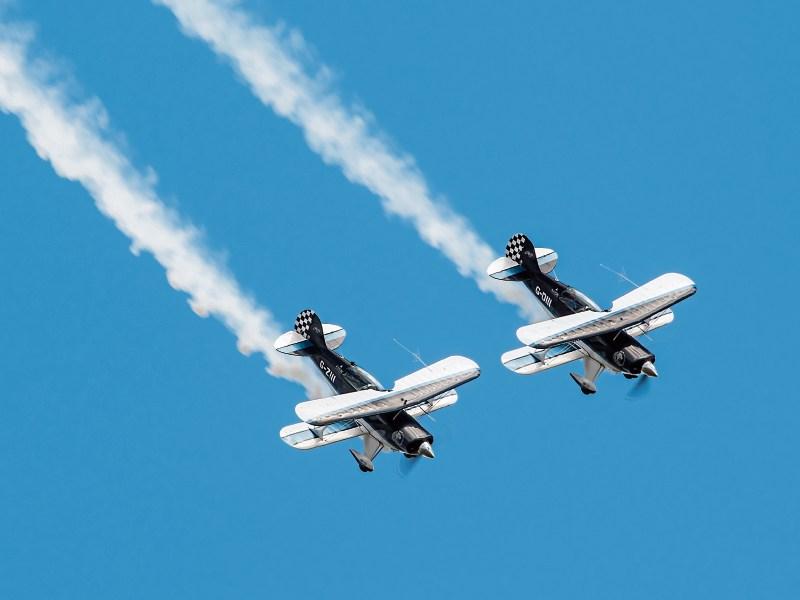 Among this year’s highlights: the Wildcat Aerobatics Act

AT LEAST 14 air acts are confirmed to fly high overhead this year’s Foynes Air Show, the fifth year of the popular event.

The show, which is set to take place on Saturday, July 28, will again coincide with the Bray Air Display as part of the Irish Aviation Authority’s #AviationIreland weekend.

This will be the second year that the two air shows are joined under the IAA banner, after a successful partnership with the well-established Bray show last year boosted the number and variety of aero attractions at Foynes.

“The Foynes Air Show celebrates the unique aviation history of the area, which has also left a lasting legacy that impacts on our community and economy even today,” said Margaret O’Shaughnessy, Foynes Air Show Festival Director.

“The aviation and aerospace industry continues to thrive across the Mid-West region as our reputation in aviation remains strong. Many of the families enjoying the festivities both in the air and on the ground this July 28 will more than likely have a member working in a job supporting this industry,” she said.

“Our air show is about celebrating the golden era of aviation witnessed here at Foynes during the first half of the last century, while looking to the future. It is about celebrating what the West of Ireland and the Wild Atlantic Way has to offer. It is about Limerick, the Mid-West region and its people. But most of all it is a fantastic free family day out for everyone to enjoy,” added Ms O’Shaughnessy.

This year’s line-up will include displays by some of Europe’s most skilled military pilots, breathtaking aerobatics by some of the country and continent’s most experienced aviators, as well as a flypass by some of the world’s most historically significant aircraft.

Some familiar highlights include ‘the Flying Dentist’, Eddie Goggins, and Gerry Humphries on board his ‘Flying Cow’ Vans RV7.

These award winning daredevils are renowned for mind boggling displays in modified aircraft and have become favourites among the Foynes fans.

Spectators will be transported back to the golden era of aviation when the Catalina Flying Boat PBY-5A returns to Foynes to celebrate its 75th birthday.

Also among the highlights is the Wildcat Aerobatics act of synchronised aerobatics.

The Wildcats have developed an exciting, choreographed act, that combines a graceful mix of balletic, close formation aerobatics with speeds reaching 400mph.