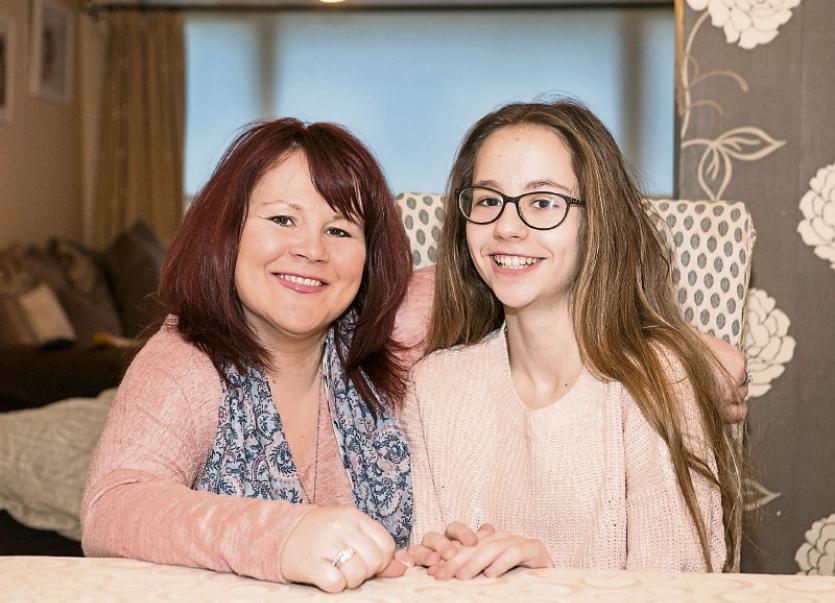 THE mother of a Limerick teen left waiting on scoliosis treatment for two years says she has gone private to spare her son the same experience.

Sharon Ryan, whose 14-year-old daughter Megan Halvey-Ryan sparked national outrage last year when she revealed she had been living with a painful twisted spine in her wait for treatment, has refused to put her son Aaron, 10, through the same – and insisted he be referred to private rooms for treatment on his tonsillitis.

She urged her doctor pass the St Paul’s National School student to a private consultant after being told he would have to wait more than two years otherwise.

“I didn’t even go near the HSE waiting list as I found out it was so long. It’s awful to think we cannot depend on the HSE. He is so sore and so sick. I feel I have no option but to pay. There is no option of me waiting up to three years to see a consultant publicly,” Sharon said.

Aaron has been on antibiotics, and missed school as a consequence of his tonsilitis, Sharon says, adding the youngster cannot even swallow his saliva when he gets a severe bout of the condition.

Sharon says she is lucky in the sense she can afford to see a consultant privately for her son.

But, she added: “Every child should be entitled to timely healthcare. It shouldn’t be dependent on whether you have insurance, or whether you can afford to pay privately. It’s a ridiculous system.”

The Dooradoyle woman described the health service as a “shambles”, adding the scoliosis treatment her and her daughter raised awareness of has “gone on the back burner” once more.

“I think the HSE is falling apart at the seams at the moment. No-one seems to be taking any responsibility. Waiting to see a consultant for scoliosis is increasing again. A consultation in Crumlin can take anything up to three years,” she said.

Back in February 2017, Megan initially appeared on the RTE documentary Living on the List, sparking a national debate on waiting times for children suffering from extreme pain due to conditions like these.

Upon seeing the show, health Minister Simon Harris admitted he felt “ashamed and heartbroken” at the delays.

He immediately pledged swift changes so young people like Megan were not waiting for such long periods in pain.

A spokesperson for the health service said as a policy, it does not comment on individual cases.

However, they pointed out 97% of child patients on the outpatient waiting list are waiting less than nine months.

"In 2018, a particular focus is being placed on the validation of paediatric outpatient waiting lists in line with national plans to address wait times for patients.  We expect that this will result in a significant reduction in the number of patients, particularly those who are waiting the longest. As part of the validation process, hospitals will be contacting all patients waiting over 6 months to see if they wish to remain on the waiting list, to ensure existing resources are optimised and that we improve overall access times for patients," the spokesperson added.

The HSE is also appealing to patients to let their hospital know as soon as possible if they cannot attend scheduled appointments. It comes after almost 500,000 outpatients did not attend their appointments during 2016.