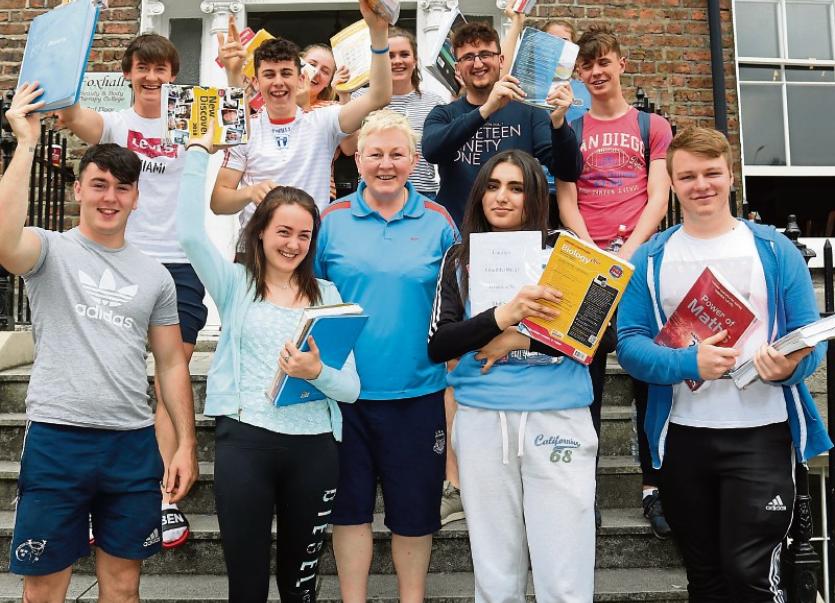 THIS WEDNESDAY, thousands of students will finally put pen to paper in Limerick after years of arduous preparations for the Junior and Leaving Cert exams.

In the lead up to English paper one, which kicks off at 9.30am this morning in the exam halls, students are anxious to put the first test to bed and hit the ground running for the two weeks.

But despite the expected widespread dread among students, Julie Kilmartin, of Kilmartin Education Services, has said that her full house appears “quietly confident” ahead of the first exam on Wednesday morning.

“Would you believe it, they actually are very confident going into this exam, and I think it’s because they genuinely have put the work in over the last couple of weeks, months and even two years at this stage.

“What they are looking at is the end of the road when they have the freedom. They are very quietly confident. The work has been done, and when you have the work done, all they want to do is get in there and put pen to paper and get through this as quickly as possible,” Ms Kilmartin said.

And with the exams comes the exam weather, as temperatures are expected to reach 26 degrees from Wednesday onwards.

But Ms Kilmartin, whose service on O’Connell Street serves hundreds of students from across the city and county, said that they are a full house despite the good weather.

“They are doing their ultimate, whatever their ultimate might be. It’s not all about points either; it’s just about doing your best.

“It’s like going into the World Cup; get the first game behind you and get the first few points. That boosts your confidence. It’s done and dusted, let’s have no post-mortems and move on because it’s an exceptionally heavy week. It’s going to be a gruelling few weeks for most students. It’s almost like a marathon.”

Coincidentally, the Fifa World Cup in Russia kicks off on June 14, at the end of the second week of the exam period.

And Julie is encouraging all students to catch a break, even if it means watching a game or two.

“The work has been done, and what they are doing now is fine-tuning their last bit of revision. You have to take a break and the body needs a little bit of time for relaxation. Some students will have a day off, some students will have two days off. Of course there will be a downtime and that downtime will be very, very important to the body.”

She added: “Yes, I will be recommending that students should take a little bit of time-out. Unfortunately, we won’t be in it [the World Cup] but I am sure they will have their own favourite team and they will be watching it and taking that time out as well.”