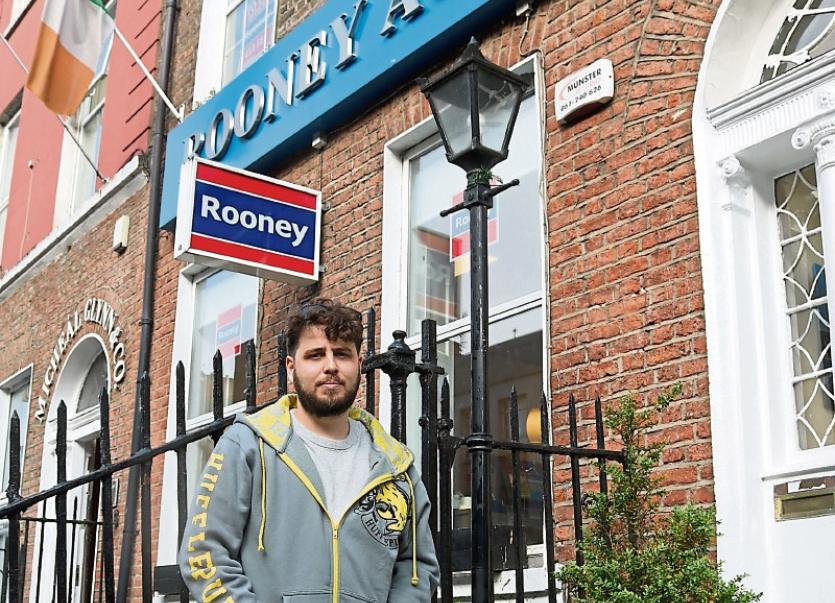 THE EARLY bird catches the worm — at least, that’s the hope for a first-time buyer who has spent the week queuing outside Rooney Auctioneers to secure a house in a new Limerick development.

Greg O’Shea, from Corbally, sees the supply of good quality housing as being so rare, that he is spending nights in his car outside the front door of the city centre auctioneers', in order to be the first to book his ideal home when it is released on Friday.

The home, a three-bed semi at Ros Mór, is situated on the Ballyneety Road. Just six units are being made available in this phase, which has an ‘expression of interest’ list of around 300 people.

The phase is set to be officially launched this Friday at 9.30am, and Mr O’Shea is determined to be at the front of the queue.

Mr O’Shea and his partner, in their late 20s, were approved for their mortgage last October, but were unable to find anything that wasn’t “overpriced or with too much work to do”.

He felt that there was a real shortage of good quality starter homes in Limerick.

“I was here straight after work on Tuesday. I hung out in the car, then my fiancée came in with our dogs, we took them for a walk around the city, and I just stayed here and sat in the car. There were around 300 people on the list, and there are only six houses going,” he said.

“We got approved for our mortgage in October of last year, and we’ve been looking ever since. The house that we want is reasonable and brand new, nothing will need to be spent on it,” he added.

Mr O’Shea has been living at home while saving up for the deposit. “It was easier to save money that way rather than having to pay rent,” he said.

The couple wants one particular house within the development, which they see as having the best location on the best site. At the time of going to print, Greg was the only person queuing. “I’m really determined to get this house,” he said.

There were overnight queues late last year for the new development at Punches Cross, Templeville.

There was very high demand for the development, despite being considerably more expensive than the likes of Ros Mór, at over €300,000 for the basic model, and more expensive models also for sale.