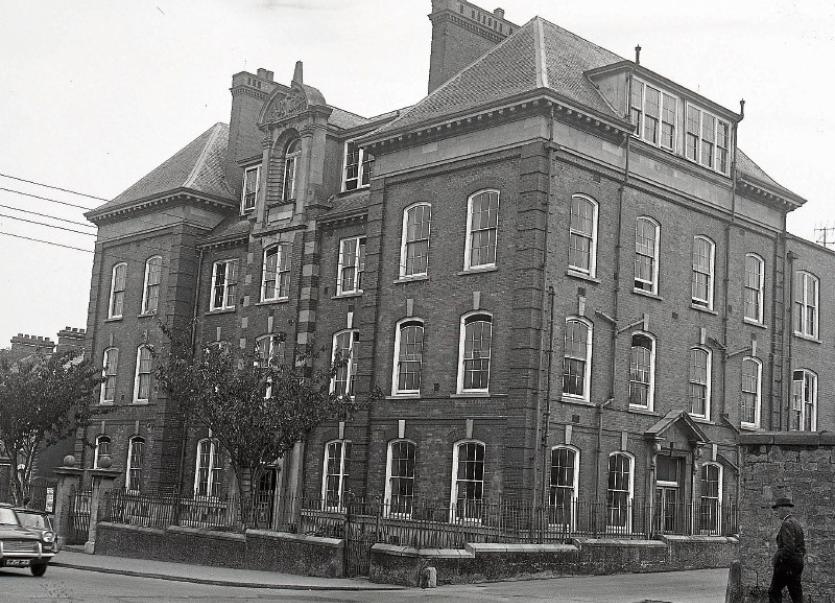 The Municipal Technical Institute on O'Connell Avenue, known locally as the Red Tech, opened in 1911. It is pictured here in 1964

A widespread interest in technical instruction began in 1853 with the foundation of the Limerick Athenaeum.

The Athenaeum was founded by the Limerick Literary and Scientific Society to promote an interest in literature, science, agriculture, art and music.

The Athenaeum along with representatives from the Limerick County Council, the Athenaeum, the Congregated Trades, the Educational Bodies the Irish Industries Association, the Limerick Industrial Association and the Gaelic League set up the Limerick Technical Instruction Committee.

In 1907, the Limerick Technical Instruction Committee launched an architectural competition to erect a purpose built technical school. Local architect William Patrick Ryan won the competition. The official name for the school was the Municipal Technical Institute, on O’Connell Avenue, which is known locally as the Red Tech was opened in 1911.

The building works started after the turning the first sod on January 20, 1910. The Mayor, Thomas Donnellan, was presented with the ceremonial silver spade to mark the occasion, which read, “Presented to the Right Worshipful Alderman Thomas Donnellan, Mayor of Limerick, 1908 and 1909, on the occasion of turning the first sod of the Limerick Municipal Technical Institute. January 20th, 1910 – John Kenny Builder; William P Ryan, F.S.I. Architect”.

Others who were in attendance on that day were the Mayor’s sergeants P. O’Meara, P. Conlon, Tim Moran and Denny O’Dywer, William Nolan, town clerk, P. Forrester, city high constable and members of the Corporation Stephen O’Mara and J. Flattery.

Before this building was completed there were 738 students on the roll. These students were educated in seven different buildings in the city. Student began to move into the new school before work was completed on it.

In September 1911, the school reopened for new students with subjects including mechanical engineering, electrical engineering. mathematics, physics, chemistry, dressmaking, millinery and tailors’ work. Not all subjects were based in the school. Those taking art and trade classes attended the Athenaeum, Cecil Street. Those attending cookery and housewifery attended a variety of schools throughout the city.

After the building of the Red Tech the architect, William Patrick Ryan moved to London where he passed away in 1921. The Chronicle published his obituary on June 4, 1921.

“We regret to observe the announcement of the death, which has occurred at his residence, Hampstead, London, of Mr W. P. Ryan, a well-known architect and surveyor, and Vice-President of the Irish Literary Society. He was son-in-law of the late Mr John Bernal, of this city, and many years ago was connected with the civil staff of the Royal Engineers in Limerick. While in Limerick he was very popular, and equally so across the Channel.”

The building was expanded in 1926 under the guidance of Brian Edward Fitzgerald Sheehy a local engineer and architect. His death was noted in the Chronicle on January 7, 1930.

“Very sincere regret is felt in the city and county at the unexpected demise of Mr B. E. F Sheehy, C. E., which took place yesterday morning at his residence, 57 O’Connell St, in the 56th year of his age. He had been ailing only for a couple of weeks past, and his demise has come as a great shock to all who had the pleasure of the acquaintance of a genial and kindly gentleman.

"Mr Sheehy was a member of an old West Limerick family, being a son of the late Mr George Lake Sheehy, of Moviddy, Newcastle West, and for many years past he was resident in Limerick city. He was a member of the Council of Civil Engineers in Ireland, and during the course of his career, he carried out a large number of engineering schemes, water, sewerage, and building in Munster.

"He was engineer to the old District Council and Board of Guardians of Croom, and he frequently figured as expert witness in the courts, where he was on many occasions complimented by the judges. He was consulting Engineer to the Co, Limerick Health Board. Mr Sheehy was brother-in-law of the late Mr Richard J Sheehy, B.L., Dublin. He leaves a wife and young family to mourn his loss, and with whom the deepest sympathy is expressed on their keen sorrow.”

In 1938, the gymnasium was added to the building. It was designed by Patrick Joseph Sheehan. Sheehan was a civil engineer and architect based who was appointed as the architect to the County Home in 1924.