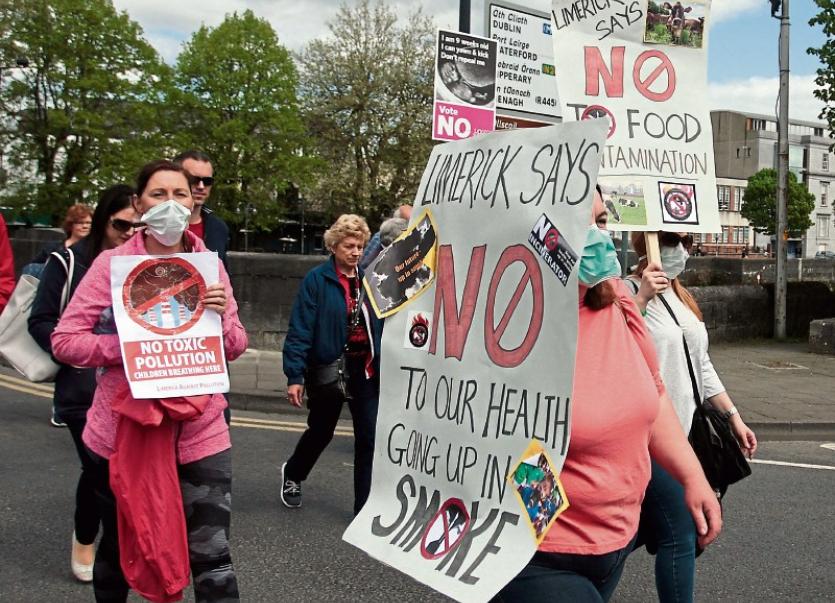 METROPOLITAN councillors have this week approved plans for a joint submission against Irish Cement’s Mungret plans to the Environmental Protection Agency (EPA).

Irish Cement, which is planning to switch away from fossil fuels in favour of used tyres at its plant in Mungret, has cleared all but the final hurdle to bring the €10m plans in.

But the blueprint has proven to be controversial, with residents and councillors alike keen that the environmental regulator does not allow the firm a licence to operate.

To this end, they are hoping to unite with Clare County Council to provide a ‘super-objection’ to the proposals, which have already prompted over 2,000 people to write to the EPA over environmental concerns.

Sinn Fein councillor Malachy McCreesh said: “The community has been ignored by our own planning authority and ignored by An Bord Pleanala. If we do not stand behind them, they will be ignored by the Environmental Protection Agency too.”

Cllr James Collins, Fianna Fail, added: “We are concerned that industrial incineration is proposed just three miles from the city centre, and less than a mile from Limerick city and county’s newest high-amenity area, new primary and secondary schools, the new Mungret public park and a large area zoned for residential development.”

He suggested Irish Cement wants to turn its factories into “lucrative industrial incinerators”.

There were three similar motions on the agenda calling for a complaint to the EPA. Fine Gael councillor Daniel Butler, who authored one of them, said: “It would send a very strong message, a joint submission coming from two local authorities.”

In a statement, Irish Cement said: “The fossil fuel replacement programme in the Mungret cement factory, approved by An Bord Pleanala will reduce Irish Cement’s dependence on imported fossil fuels, will reduce CO2 emissions by up to 40,000 tonnes a year and will help recover valuable resources.”