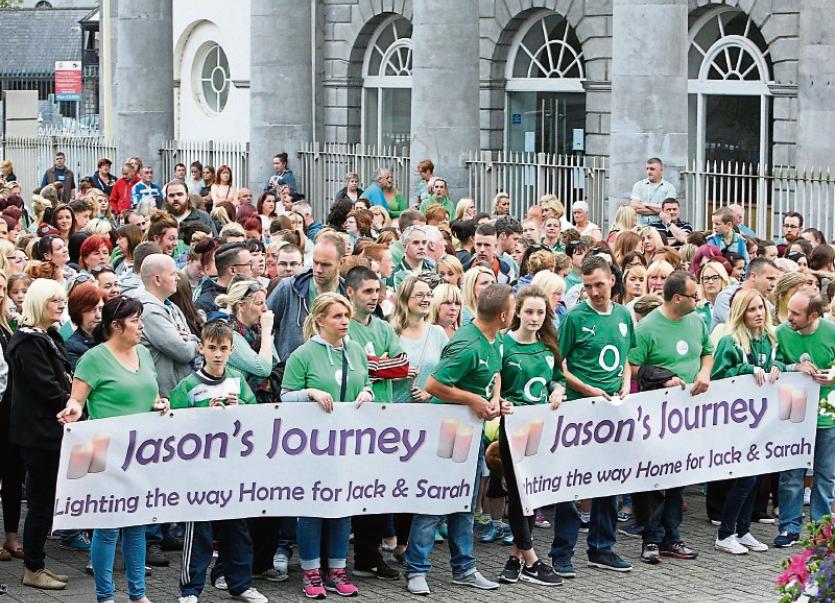 KILLER Molly Martens attempted to send friend requests to Limerick classmates of Jason Corbett’s son in an effort to glean information about Jason’s two children in the months following his murder.

A psychological “war of attrition” was launched against Jason Corbett’s family following his brutal murder and gardaí feared they would have to place Raheen on lockdown, according to Ms Corbett Lynch who made the revealations in the new book just published.

An orchestrated online campaign targeting families in Raheen was launched by the Martens in a bid to gather information about Jack and Sarah.

This campaign included Ms Martens sending friend requests from her personal account to classmates of Jason’s young son, including one boy who sat beside him in school.

“We were just under siege really,” Ms Corbett Lynch told the Limerick Leader.

“Letters would be sent, first to our house and then to neighbouring houses, most likely in the hope that the neighbour might call and give them information.”

The Martens also attempted to charter a plane to fly over Limerick city with a birthday banner for Jack and Sarah.

The plan was foiled when the company they attempted to hire contacted Ms Corbett Lynch before accepting the contract.

“Thank God Ireland is a small place, the kind of place where when somebody thinks something isn’t right, they call.”

In the months following Jason’s death the Corbett family, as well as other families and teens in Raheen, were bombarded with unsolicited social media ‘friend requests’ from North Carolina.

Fearing the Martens, Limerick gardaí debated placing his children Jack and Sarah on their CRI alert programme, a rapid response system for children at risk from estranged parents or family members.

Ms Corbett Lynch received assurances that all airports and ports would have full details on Jack and Sarah, and that if the alert was raised, Raheen would be on lock-down “in minutes.”

Ms Corbett Lynch has also revealed that an undercover detective carried out a security screening at her Raheen home.

“Everybody was fully briefed on the situation.”

“Molly had been given the airways of a radio station to ask people to approach the kids,” Ms Corbett Lynch said.

“She went on live and asked people to approach them and tell them she loved them.”

“It restricted everything for us and for the kids and just compounded the pressure of trying to protect them.”

“Everything we were trying to do was alongside trying to love and nurture and support and provide care and security to two traumatised kids.”

Following his death, Martens also claimed the Corbett family had threatened her with the Irish Republican Army in an effort to “blacken” Jason’s name.

She also told police in the US that Jason was a trained MMA fighter, a claim Ms Corbett Lynch dismisses as "ludacris."

Physical evidence then had to be provided to the Davidson County police to prove that these claims were untrue.