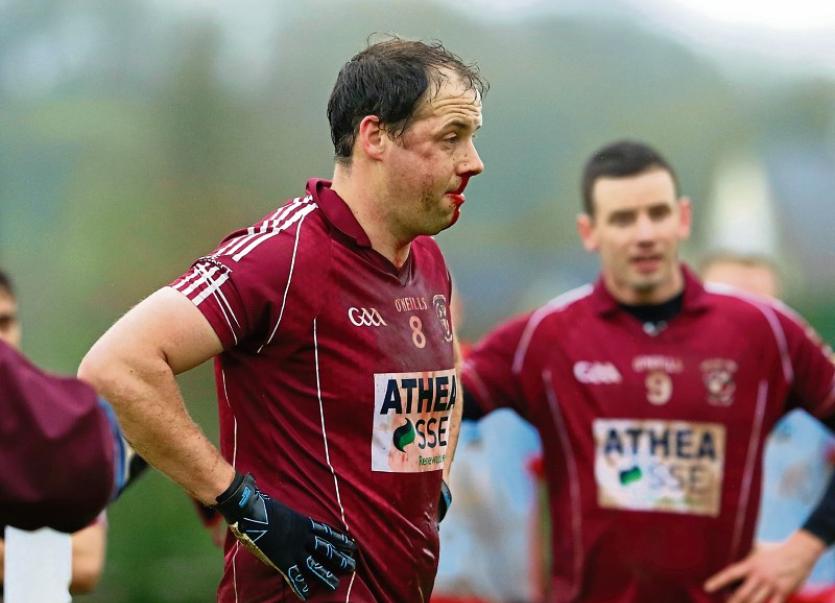 A GAA player has been cleared of punching an opponent, who needed an operation after his right cheekbone was fractured during a game.

Pakie Bourke, aged 36, of Oola Hills, Oola pleaded not guilty to assault at his local pitch on March 18, 2017.

The investigating garda, John Ryan told Kilmallock Court a complaint was made by Patrick Chawke in Togher garda station in Cork city.

“Mr Chawke said he was playing with his club Athea in a league game against Oola in Oola. He alleged during the game a fight took place, when the fight ended another player from the Oola team struck him from behind. He suffered injuries to his right cheek,” said Garda Ryan.

As part of his enquiries, the garda applied for a hospital medical report, spoke to Mr Chawke, interviewed three witnesses, applied to the county board for the referee’s report and sourced photos taken at the game. Garda Ryan subsequently took a statement from the defendant.

Mr Chawke took the stand and said after 50 minutes Athea were awarded a free.

“An Oola player was lying on the ball. One of the Athea players went to get the ball. A melee started - pushing and shoving. The melee had finished. I was standing 10 feet from the melee. I wasn’t involved in it. I received a punch from behind to the right side of my face. I fell to my knees. My nose was bleeding,” said Mr Chawke, who asked one of the players if it looked broken.

“He said it was just bleeding. I played on at full forward. I didn’t realise the extent of my injuries. My face was swollen,” said Mr Chawke.

That night he was “coughing up blood”. The following morning he went to Cork University Hospital.

“My cheekbone was fractured. They referred me to a specialist who said I needed surgery and metal plates to be fitted. I was in hospital overnight on the Friday and they did the operation on Saturday,” said Mr Chawke.

Asked by Sergeant Michelle Leahy how he is now, the Athea man said he has numbness to the right side of his face and in his gums.

“The bone went through a nerve,” said Mr Chawke.

“Did you see who did it?” asked Sgt Leahy.

Solicitor for Mr Bourke, John O’Donnell said the referee’s report shows that Mr Chawke had been hit earlier “with force”.

“I can’t speak for the referee,” said Mr Chawke.

Sgt Leahy asked did he receive “one blow in the match?”

The next witness was Patrick Higgins, manager of the Athea intermediate football team.

After the “melee” which followed the Oola player lying on the ball had “quietened down” Mr Higgins said he saw Oola’s number 18 going around the back of Mr Chawke.

“He struck him on the side of the head. I started roaring at the referee to draw his attention to it. I was shocked. Mr Chawke was bending down. Blood was coming from his nose. Two little lumps were after appearing on his cheek,” said Mr Higgins.

Sgt Leahy asked how was he so certain it was number 18?

“He was wearing distinctive long black leggings. It’s a bit unusual. He was the only person wearing them. I couldn’t but miss him,” said Mr Higgins.

Photographs from the game were handed into Judge Marian O’Leary of Mr Chawke wearing number 8 and Mr Bourke wearing 18. 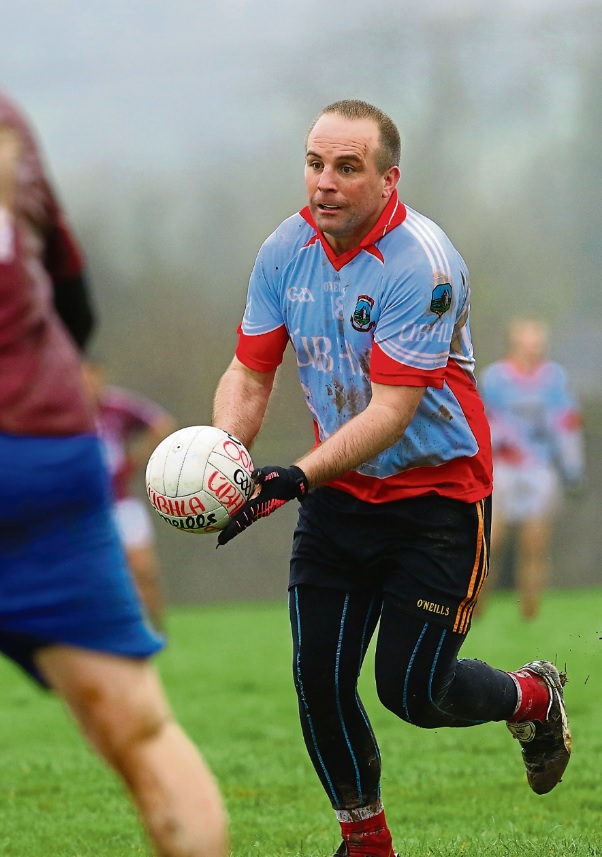 Mr O’Donnell said when Mr Higgins mentioned the two lumps he touched the left hand side of his face.

The next witness was Patrick Ahern, an Athea player.“I was walking back in to position. I saw number 18 gave a little bit of a run and strike him [Mr Chawke] with force. He couldn’t see it coming.. We ran over. Everyone got involved then. Everyone was throwing punches to protect each other,” said Mr Ahern.

Mr O’Donnell asked Mr Ahern if he thought Mr Bourke, who was wearing padded gloves, could give rise to cause “serious injuries”?

"Yes, Pa [Patrick Chawke] wasn’t expecting to be punched. I don’t know if the gloves were padded,” said Mr Ahern, who called it a “nasty belt”.

The last witness was the referee, Philip Dee, who was called by the defence. He confirmed he sent four players off in total

The court heard that Mr Dee said in his referee's report that he believed Mr Chawke was involved in not one, but two, altercations on the day.

Solicitor Mr O’Donnell told the court that Mr Dee stated in his referee’s report:  “Mr Chawke indicated he was struck once, I believe he was struck twice”.

“I saw number 11 from Oola strike Mr Chawke in the centre of his face. His head snapped back,” said Mr Dee.

The referee continued: “It started messy and then it got into serious fisticuffs. It was very hard to observe what was happening as there was several altercations in three or four directions. I only saw him struck once with force by number 11,” said Mr Dee.

Sgt Leahy asked if he saw the incident when Mr Higgins [the Athea manager] was shouting at him to alert him.

“I did not see the incident I was called over to,” said Mr Dee.

In summing up, Mr O’Donnell said the referee very clearly saw Mr Chawke struck with force by somebody that wasn’t his client.

“I submit the injuries to Mr Chawke were caused in that one blow. A conviction in the circumstances would be unsafe,” said Mr O’Donnell.

Sgt Leahy said this put undue pressure on the referee’s report due to the “amount of carnage” on the pitch.

“Mr Higgins said Mr Bourke punched Mr Chawke. He pointed to the left hand side off his face. “Mr Ahern saw Mr Bourke punch Mr Chawke from behind. Both Mr Ahern and Mr Higgins identified the defendant," she said.

Judge O'Leary said in Mr Dee’s referee's report he said he saw Mr Chawke struck by a different player. “He did not wish to change any aspect of his report. I do have a reasonable doubt. The State did not reach the threshold,” said Judge O’Leary, who dismissed the charge of assault against Mr Bourke.