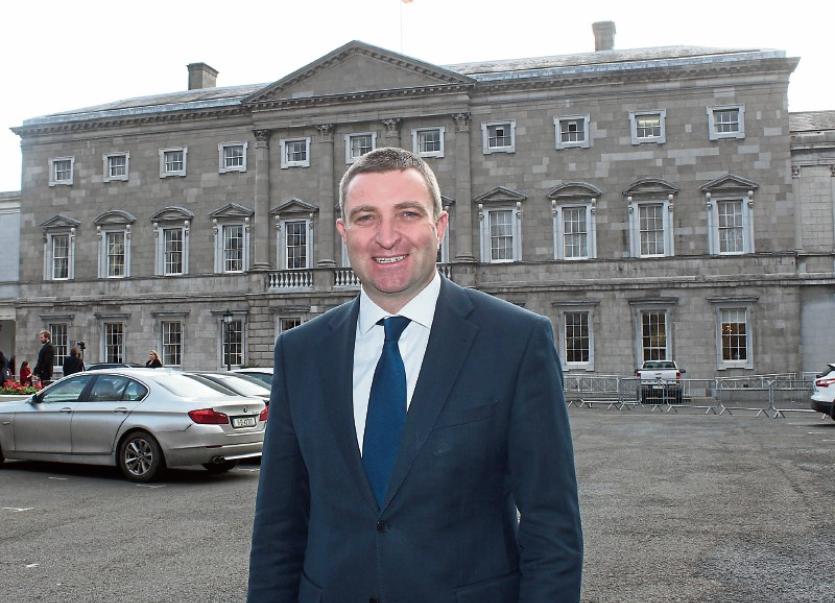 Fianna Fail TD Niall Collins: 'Disappointing' no application was made

LIMERICK will not be one of the 19 counties where the new pilot scheme of night time rural bus services is to be introduced next month because it did not apply to be included.

But Limerick is “ready to go” if, and when, the pilot scheme becomes mainstream, because it has a comprehensive plan already drawn up, Anne Gaughan, the manager of Limerick Local Link stressed

The organisation, she pointed out, had drawn up plans last year to roll out a service from 7pm to midnight on two routes in both east and west Limerick on Friday, Saturday and Sunday evenings.

The plans were submitted for funding of approximately €100,000 last year but the new pilot scheme, introduced earlier this week by Transport Minister Shane Ross, overtook them.

However, it is still open to Local Link Limerick to apply to be included in the new pilot scheme, Ms Gaughan said.

It would, however, entail a much less comprehensive service than the one they had already envisaged, researched and planned, she explained.

The pilot scheme announced by Minister Ross is due to run from next month to December and includes 50 routes in 19 counties operating in some cases up to 11pm on Fridays and Saturdays. The service, dubbed the Drink Link by some, is intended as a measure to combat social isolation but Limerick did not apply to be included.

Local Link Limerick had already submitted a plan for evening weekend services when the application for the pilot scheme arrived earlier this year, Ms Gaughan explained.

“When the application came down and we saw the funding available, €200,000 at that time, we said that is not going to fit us.”

They would have had to whittle down their plans and do a lot of research to determine the best route and the best day to get value for money so as to fit the new pilot scheme, she explained.

“It was a call we had to make at the time,” she continued. “Our main focus was on the daytime unmet needs.”

Besides, no requests from groups or passengers for extra evening services had come in.

However, she added: “We would invite local stakeholders with an unmet need for evening transport to contact Local Link Limerick.”

Three evening services are already provided on Tuesdays up to 9pm in the Newcastle West area, Ms Gaughan added.  “These have been in service for several years and were founded on identified unmet needs in the area. Local Link also provides one-off evening trips to community groups throughout Limerick for social, training and information evenings and events for which transport is a challenge for participation and we are open to enquiries on this,” she stressed.

Fianna Fail TD Niall Collins however said it was “disappointing” that no applications were made from Limerick for inclusion in the new pilot scheme.

“I am hopeful local organisations such as Limerick Local Link will put in an application in the coming weeks.

"It’s crucial that the people and communities of rural Limerick aren't left behind when this scheme is rolled out. Additionally,  I would urge that the timetables for these services are not too restrictive, and should take into account local needs and traditions. An end time of 11pm on a Friday or Saturday is quite early in my opinion, and should be extended to closing time, 12:30am."

Last December, the Limerick Leader reported that Local Link Limerick had applied for funding to provide a night-time service on two routes.

The proposal included providing a Friday, Saturday and Sunday evening service from 7pm until midnight on two loops: the 2357 service, which operates on a loop from Kilfinane, through Ballyorgan, Effin, Kilmallock and into Charleville, taking in a number of other villages along the way, and the 3101 service which takes in newcastle West, Ardagh, Rathkeale, Askeaton, Shanagolden, Loughill, Glin and Carrigkerry.

Last year, Ms Gaughan pointed out, Limerick passenger trips grew by 61% and continue to grow. In addition, she stressed, nine new and extended services have been identified and submitted to date in 2018.