30,000 expected in West Limerick as Foynes Air Show gets ready for take off 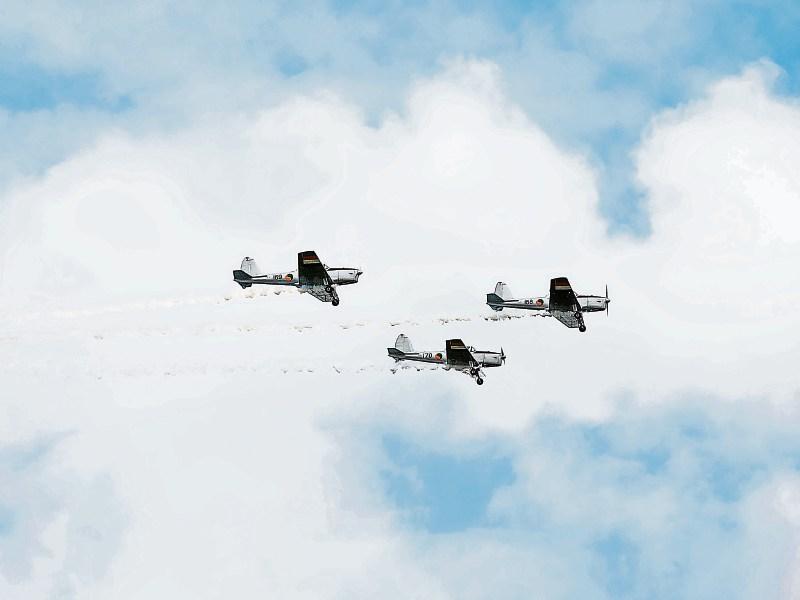 UP to 30,000 people are expected to descend on West Limerick at the end of July for an aviation of display of international standards.

Last year’s Foynes Air show – the largest ever air show held along the west coast of Ireland – broke all previous records attracting 30,000 people from across the country to the picturesque maritime village.

Taoiseach Leo Varadkar was among those who attended last year’s Foynes Air Show while the naval vessel the LE Niamh also docked in the port for the weekend.

Margaret O’Shaughnessy, director of Foynes Air Show Festival, says she is looking forward to building on the success of 2017.

“Last year’s show exceeded all expectations as the eyes of the country were on Limerick, or more specifically over west Limerick as tens of thousands of people gathered for the event,” she said.

“This year we are just as ambitious with our show, and over the coming weeks we will be revealing the names of all the awe-inspiring acts which include iconic historical aircraft, high tech military planes, and champion aerobatic pilots. We already have commitments from 13 acts based on the huge success of last year’s show,” said added.

Skilled military pilots from across Europe will be flying in some of the world’s most high-tech, quickest, state-of-the-art planes while world champion pilots in iconic and historic aircraft will also take to the skies.

“The Foynes Air Show is a huge undertaking for Foynes and Limerick, but it has proven to be a massive success. This free family show is about entertainment and enjoyment, with a nod to world aviation history and putting Foynes and indeed Limerick on the map as an attractive tourist destination,” said Ms O’Shaughnessy.

The Irish Aviation Authority is a major supporter of the Foynes Air Show as part of its #AviationIreland campaign to promote aviation across the state.

A number of other events will take place in Foynes over the weekend of July 28 and July 29 with details to be confirmed by the festival organisers nearer the time.