Future for proposed Shannon LNG plant down to planning extension 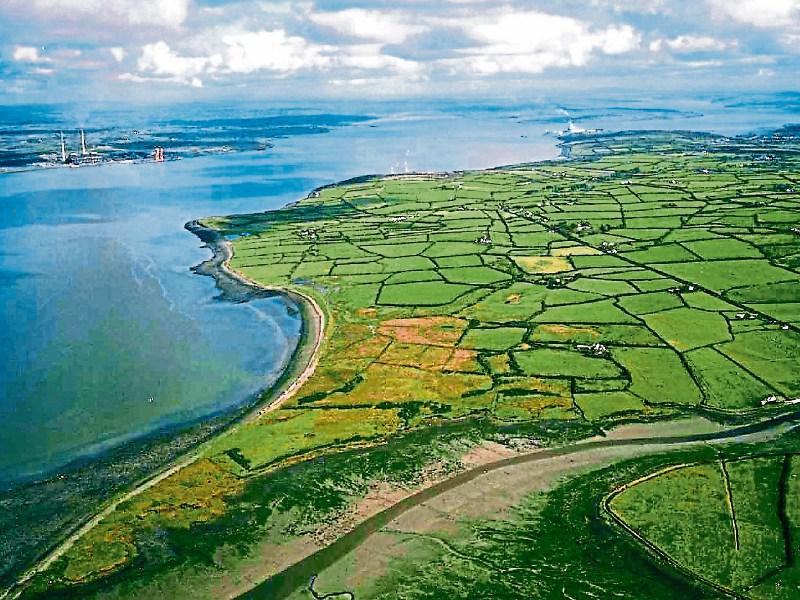 An aerial view west of Tarbert. The landbank is located further west.

AN Bord Pleanála is currently considering whether or not to extend planning permission for the proposed Shannon LNG  liquefied natural gas plant at the Tarbert Ballylongford landbank.

But a grassroots campaign group, Not Here, Not Anywhere, has warned  that allowing such an extension would go against government policy on fossil fuels. And they have called on objectors to make their views known to An Bord Pleanála by May 13.

Planning permission for the gas project was initially granted in 2008 for ten years but a series of delays meant the €600m project never got off the ground.

Now the company is hoping to extend that permission for another five years.

On January 11, An Bord Pleanála ruled that any extension of planning permission constituted  “a material alteration to the terms of the development” . On February 6, however, the Bord said it had “subsequently revised” its position and was now inviting submissions before it decided whether the extension of planning was a material change or not.

But, say opponents, a lot has changed since the original planning permission was granted.

“The Shannon Estuary has been declared an Estuaries Special Protection Area by the EU and  the exact site is now an EU Special Protected Area,” says Ciara Barry of Not Here, Not Anywhere.

She also argues that fossil gas is dangerous and over a 20-year period, methane is at least 86 times more powerful than carbon dioxide as a greenhouse gas.

The liquid gas, she says, comes from fracking and Ireland has banned fracking. In addition, Ms Barry says in a statement: “Ireland signed the Paris Climate Agreement; this project would make our emissions goals unreachable.”

Environmental groups from Ireland, Belgium, Germany and the USA have submitted a  joint objection against the extension of planning, Ms Barry reveals.

In 2016, the proposed terminal at Ballylongford and the gas pipeline to connect with the national grid  at Foynes were listed as a key European Project of Common Interest, as part of a move to integrate Europe’s energy markets and diversify sources.

This designation, MEP Sean Kelly said at the time, was of huge significance, as it opens up the possibility that a plant at Tarbert Ballylongford could supply not just the Irish market but the European market.

It also opened up increased possibilities for funding, he said.

Then last August US company NextDecade announced it plans to ship LNG into Cork harbour.

At that time, Paddy Power, the man now spearheading Shannon LNG said its plans were still “live” and that their activities were continuing.

Those backing the Shannon LNG plant include Kerry TD Jimmy Deenihan who believes energy security is a critical issue and the plant would contribute to this.

John Fox, a member of the local group liaising with Shannon LNG says that “quite  a lot” of  local people have made submissions in favour of granting the extension in order to keep the project alive.

“People locally want this project to go ahead,” he told the Limerick Leader. “We need employment in the area. We are crying out for it.”