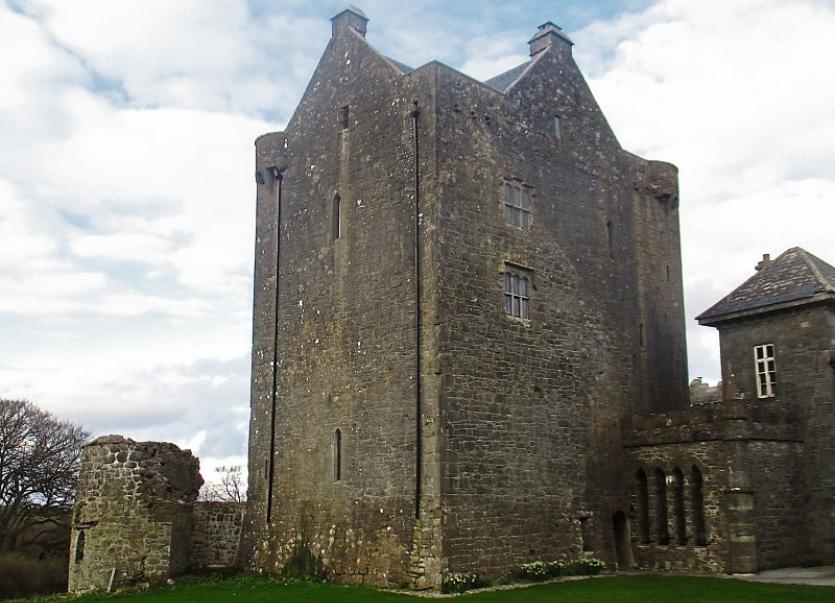 THEY would not call themselves ghostbusters but Anthony Kerrigan and his colleagues in GhostÉire are deeply interested in the paranormal and  like to get up close and personal with spirits.

And  they claim to have had some close encounters of a spiritual kind at Springfield Castle, outside Broadford in West Limerick.

It was, Anthony Kerrigan explained, the 15th century Tower House which was the focus of their attention. The Tower House has recently been extensively restored as a venue for wedding ceremonies and with a dining hall and minstrels’ gallery. But it was the its darker past that claimed the attention of GhostÉire.

“We did a few experiments,” Anthony continued. One of these, he said, involved a piece of equipment called Frank’s Box. “It is a means to scan the airwaves as spirits communicate through the air waves and they try to talk to us. We ask questions.”

To the question, what is your name, the answer Jill came back, Anthony continued. “It was interesting it was so clear.” . A second team doing a different experiment also discovered a Jill coming forward who was a cleaner, he added.

They also did a seance, Anthony explained, which brought them back to earlier and earlier times. One of the team picked up an energy associated with being hung or more accurately with being dragged up by the neck. This, he said, was close to the area of the Tower House known as the murder hole. Something to do with pigs was also picked up, he said.

“We got croaking voices on the recorders,” Anthony continued. “There was a bang on the door.”

Overall, he said, there was “nothing bad there”. But, he said: “We felt energy from the past.”

It is, he explained, his belief that everywhere is haunted in the sense that there is energy from spirits which we don’t always think about or acknowledge.  “It is how you frame that, whether you make it scary or you make it nice.”

In a nice twist, and a slightly different close encounter,  Anthony revealed that he and his wife Jenni were married at Springfield Castle in 2013.

Jonathan Sykes, who runs Springfield Castle with his wife Betty and daughter Karen as a bespoke wedding venue, admitted he is a “total sceptic” when it comes to the paranormal. However, he  said other members of the family like to entertain visitors with stories. The Tower House, he added, had been a silent witness to much history over the centuries.

Their objective, they say, is to find answers to the supernatural and to delve deep into specific details. They have carried out investigations at Ballinagarde House in Ballyneety and in the former McCourt Museum at Leamy’s School in Hartstonge St.