Late night shopping: Nigel’s pictures demonstrate the contrast between Cruise’s Street and the Crescent Shopping Centre, below, on Thursday around 7pm

MY heart breaks for any independent retailer in Limerick city. Thursday night is late night shopping night in the city.

Or rather, Thursday is late night shopping night in Limerick city if shops were open.

Last Thursday night I found myself walking through the city around 7pm. Walking down Cruises Street the only encounter I had was with a man pushing a bin up a lane. Other than him there wasn’t a soul.

I scanned the street. Not one unit open at 7pm. In fact, throughout the city you could count on one hand the number of shops who had committed to the city’s ‘late night Thursday opening’.

I decided to hop on a bus to the Crescent and found myself entering ‘the biggest shopping complex outside Dublin’ just before 7.30pm.

The city and Crescent were like chalk and cheese last Thursday night.

Every single unit in the Crescent was open. Footfall was strong up and down every wing of the complex. Cafes were busy. An information night was being held in the central core. 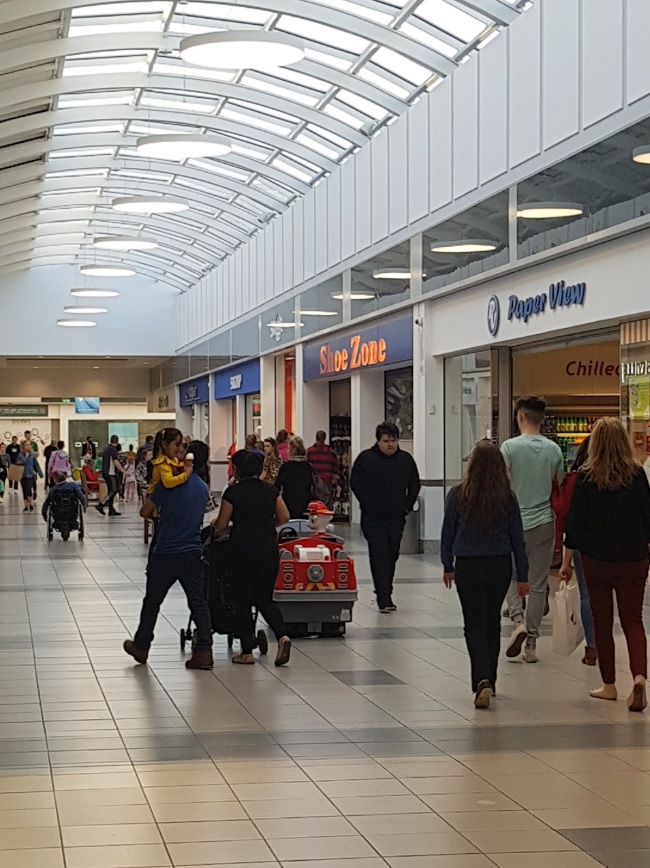 Speaking to various retailers over the past few weeks, the consensus is that our city centre is dying from a retail perspective.

2017 was a particularly difficult trading year according to one established trader.

Like almost every Irish city over the past eight years, Limerick has suffered from the effects of the economic downturn. But there does seem to be a sense that Limerick has been hit worse than most.

We really must address the issues concerning retail in Limerick city centre or risk witnessing an exodus of the few big-name brands sticking it out in our city.

The fact of the matter is this – bit by bit our city has lost its soul as a shopping destination and it’s hard to see where the solutions lie.

Some 25 years ago, we knocked a magnificent piece of our city’s history to create a ‘manufactured street’. Cruise Street was pitched by all our planning gurus at the time as “Limerick’s Grafton Street”.

Cruises Street was a disaster from day one. Retail units were too small. The new street boasted no evening activity. It has little or no above the shop living potential.

Bedford Row is a more recent addition in the annals of Limerick’s retail history, but its story isn’t too dissimilar.

Bedford Row, despite undergoing a major redevelopment and relaunch as a new pedestrian destination, has struggled to retain some of the well-known brands who once traded there.

In fact every street in our city centre will have its own tale of woe when it comes to the Limerick retail story.

Consider the high street names that have chosen to base themselves in the out-of-town retail parks dotted around the city and ask yourself what we have in Limerick city that can compete? Consider the fact that our city centre’s living population is miniscule when compared to other urban centres.

The past decade has been a tough one across the board. Thankfully we have finally overcome those days. Rates are being paid – 80% of commercial rates were collected in Limerick last year.

In the meantime, our city is dying from a retail perspective.

It is crucial that we develop an actionable plan to revitalise our city centre.

It’s crucial we being to manage our city centre as any shopping centre worth its salt would be managed.

Thrilled to be treading the boards with Limerick Musical Society

Forgive me for a little bit of self-promotion this week! I am delighted to be back performing with Limerick Musical Society after what was a self-imposed sabbatical of a few years.

This week sees a fantastic team taking to the stage at the University Concert Hall to perform Jesus Christ Superstar.

Written by Andrew Lloyd Webber and Tim Rice, this rock musical is one of must popular of the 20th Century.

I have been part of many casts down through the years in Limerick but I can safely say with my hand on my heart that the cast performing in Jesus Christ Superstar are one of most talented ensembles I have encountered for years.

The work that goes in to producing a show like this cannot be underestimated. This is an amateur group performing to professional levels. Hours and hours of rehearsals have been taken since before Christmas.

The cast of over 35 young people will take to the stage this Thursday night. The show runs nightly until Saturday.

Limerick Musical Society’s production of Jesus Christ Superstar deserves to be seen. Tickets are available by contacting the UCH box office on 061 331549 or by logging on to www.uch.ie.